These are the odds of winning the $1 billion that Warren Buffet and Quicken Loans ponied up for the NCAA hoops genius who correctly picks the “perfect March Madness” bracket.  Not only will Mr. Buffet and Quicken Loans not have to make a payout anytime soon, but the publicity this little PR promotion has and will generate will more than compensate for the time and effort spent to develop and announce the “contest.”

The Atlantic’s Derek Thompson queried Quicken for an explanation:

“Why offer $1 billion for sheer dumb luck? I’ve called and emailed Quicken Loans for a response. When I get it, I will tell you. But I have a pretty good guess: They are offering to pay $1 billion, because they know they will never have to pay $1 billion.”

Any qualified entrant who correctly enters the contest and predicts the winners of every game in the tournament will share the total $1 billion prize paid in 40 annual installments of $25 million. Alternatively, the winner(s) may elect to receive an immediate $500 million lump sum payment or share in that lump sum payment if there is more than one perfect bracket submitted. 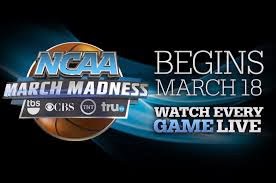 Unlike the mega-millions lottery in which someone inevitable guesses the right numbers, this contest is doomed from the outset. Thompson continued:

“Those odds are 1 in 128 billion, according to DePaul math professor Jay Bergen. (Some outlets are quoting 1 in 9.2 quintillion, but that assumes that all 63 games are 50-50 toss-ups, which they’re not. For example, Number 1 seeds just about always advance to the second round.) If everyone in the United States filled out a bracket, Chris Chase calculated, we’d get a $1 billion winner every 400 years.”

So let’s forget about the benevolence (and sense of fairness) perpetrated by Quicken Loans and Mr. Buffet who, frankly I’m surprised would allow his name to be leveraged in this fashion. Actually, Derek, the impetus has more to do with the free ink and airtime spawned by this ruse than the prospect of crowning a winner. Here’s a sampling of the coverage to date:

Just think of all the new names and email addresses Quicken Loans will capture as a result, and their name associated with one of the world’s most recognized and astute investors.  Net Net from a PR perspective: it’s a slam dunk.