In December 2006, I posted a piece titled “The Nouveau Niche Media” about all those new blogs and their growing influence over more traditional media, and commensurate allure to PR pros. Below are some of the sites I listed back then. They appeared on myriad blogrolls and in many an RSS reader:

“…as someone who’s toiling in this new media reality, I’m finding that certain “outlets,” which didn’t exist five years ago, have supplanted many of the aforementioned in terms of PR desire. Forward-thinking pros view these new “influencer” outlets with the same envy as The [Industry] Standard (bearer) before them. They have names like TechCrunch, engadget, PaidContent, micropersuasion, perezhilton, TMZ, Blog Maverick, TV Newser, Scobleizer, TechDirt, Huffington Post, Gawker, the Moderate Voice, Daily Kos, Buzz Machine, and way too many others to list here.“

I’m happy to report that most of these new media influencers continue to thrive in some form or another. Yet, a whole new nichified generation has emerged for those of us wallowing in the tech/media/digital startup bubble. Let’s take a look at a dozen that either weren’t around or were just ramping up back then:

PandoDaily founder (and TechCrunch alumnus) Sarah Lacey (aka @sarahcuda) described why she started Pando Daily this past January:

“We have one goal here at PandoDaily: To be the site-of-record for that startup root-system and everything that springs up from it, cycle-after-cycle. That sounds simple but itâ€™ll be incredibly hard to pull off. Itâ€™s not something we accomplish on day one or even day 300. Itâ€™s something we accomplish by waking up every single day and writing the best stuff we can, and continually adding like-minded staffers who have the passion, drive and talent to do the same.”

I took to these pages to elaborate here. 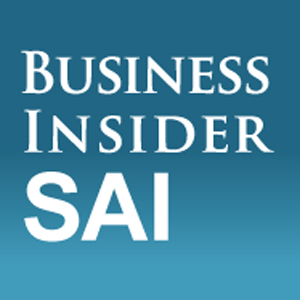 BusinessInsider/SAI – Henry Blodget has found his true calling in this most influential NYC-based chronicler of all things business with a particular penchant for the digital economy. In October 2007, the site wrote:

The Verge, founded in 2011, Joshua Topolsky and his team already are making their mark on the rich tech media landscape. Here’s how the site describes itself:

“The Verge is a technology-focused news publication founded in 2011 by Joshua Topolsky and Marty Moe in partnership with Vox Media and its CEO Jim Bankoff. The Verge’s mission is to offer breaking news coverage and in-depth reporting, product information, and community content via a unified, modern platform.”

The Wrap – Sharon Waxman covered Hollywood for The New York Times. In 2009, she started The Wrap with back from Starbucks’ Howard Schulz among others. Here’s how The Wrap describes itself:

“The Wrap News Inc., founded by award-winning journalist Sharon Waxman in 2009, has established itself as the leading news organization covering the business of entertainment and media. As a multi-platform media company, The Wrap News Inc. is comprised of TheWrap.com, the award-winning, industry-leading outlet for high-profile newsbreaks, investigative stories and authoritative analysis; ItsontheGrid.com, the most current, relevant film development database; ThePowerGrid, an algorithmic, data-driven ranking system for every person, project and company in the film business; and TheGrill, an executive leadership conference centered on the convergence of entertainment, media and technology.. The Wrap News, Inc. is backed by Maveron, a venture capital firm based in Seattle, Washington and co-founded by Starbucks CEO Howard Schultz and Dan Levitan.”

DigiDay – Co-founded by Adweek alumnus Brian Morrissey (no friend to the PR industry), Digiday describes itself as:

“The Authority on Digital Media, Marketing and Advertising. Digiday is a media company and community for professionals who work in the digital media, marketing and advertising industry. Our mission is to connect the industry with insightful analysis and perspective, as well as each other. We provide key insights and information through our online publications and conferences that cover the changes, trends â€” and why they matter. The focus is on quality, not quantity, and honesty instead of spin. We cover the industry with an expertise, depth and tone you wonâ€™t find anywhere else. The entire team at Digiday is driven to produce the highest quality publications, conferences, and resources for our industry.”

The Awl – I think The Awl’s co-founder Choire Sicha once interviewed me for a piece on The Astor debacle for the New York Observer. Here’s how his soon-to-be three-year-old site is described:

“Thank you for stopping in at The Awl, a New York City-based web concern established in early 2009. The Awl intends to encourage a daily discussion of the issues of the dayâ€”news, politics, culture (and TV!)â€”during sensible hours of the working week. We believe that there is a great big Internet out there on which we all live, and that too often the curios and oddities of that Internet are ignored in favor of the most obvious and easy stories. We believe that there is an audience of intelligent readers who are poorly served by being delivered those same stories in numbing repetition to the detriment of their reading diet. We believe that there is no topic unworthy of scrutiny, so long that it is approached from an intelligent angle, but that there are many topics worthy of scrutiny that lack coverage because of commercial factors. We believe that the longform essay has a home on the Internet, and that the idea of “too long; didn’t read” is exactly as shortsighted as its TL;DR acronym.”

Mediaite – It wasn’t that long ago that ABC News legal analyst Dan Abrams launched Mediaite and a handful of sub-sites soon thereafter. (What happened to Mogulite anyway?) The original and aggregated media news site seems like it’s been around much longer than its 32 months. Here’s how it describes itself:

“Mediaite is the site for news, information and smart opinions about print, online and broadcast media, offering original and immediate assessments of the latest news as it breaks. Mediaiteâ€™s â€œPower Gridâ€ objectively ranks media professionals across a dozen categories based on their real-time relevance. Power Grid rankings rely on an array of metrics, including anything and everything from circulation to Twitter followers to Google buzz depending on the category.”

BetaBeat – The New York Observer’s owners were smart to bring on Elizabeth Spiers as its editor who was even smarter to start a section devoted to the vibrant New York Tech scene:

“Our Mission. A decade after the dot-com bust, it all seems like a hazy dream, doesnâ€™t it? Like maybe it never really happened at all? Look around: The New York tech scene is as exuberant and as wild-eyed as ever. What in Godâ€™s name are we all thinking? The last thing a scene like this needs is another tech blog rushing to aggregate the same overinflated hyperbole you can read all over the web. Betabeat isnâ€™t here to bring you the fifth take on the dayâ€™s funding news or another rundown of the cool new features in the latest mobile app update. Weâ€™re about the characters who make this scene hum: the ambitious young angels, the eccentric hackers and the non-stop networkers. Weâ€™re here to take you behind closed doors for an inside look at how the deals really get done.” 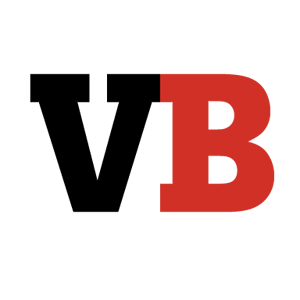 VB – Venture Beat’s been around longer than most on this list, but it continues to exert influence in the media and social spheres. Maybe the new VB acronym on the home page contributed? (It worked for The Hollywood Reporter.) Great having former BetaBeat editor Ben Popper as east coast editor. Here’s what they say about themselves:

“VentureBeat is a media company obsessed with covering amazing technology and why it matters in our lives. From the most innovative companies and the incredible people behind them to the money fueling it all, weâ€™re devoted to exhaustive coverage of the technology revolution. You can read our ethics statement here. Led by Founder and Editor-in-Chief Matt Marshall and a team of experienced journalists, VentureBeat has grown into the leading source for breaking news and in-depth reporting on a range of technology trends â€” from social to mobile, small business to enterprise, clean tech, cloud services, games, and more. We also bring the community together several times per year through our own executive-level conferences, such as MobileBeat, CloudBeat, GamesBeat, and the VentureBeat Mobile Summit.”

The Next Web has really ratcheted up its U.S. staffing and editorial output in the last year. Tech media vet Courtney Boyd Myers is the NY-based features editor for this UK-based company, which grew out of a 2006 tech conference. It describes itself this way:

“Founded in 2008, The Next Web is one of the worldâ€™s largest online publications that delivers an international perspective on the latest news about Internet technology, business and culture. With an active, influential audience consisting of more than 5.1 million monthly visits and over 7 million monthly page views, The Next Web continues to expand its global presence on its website with the addition of new channels and content partnerships, as well as through events in North America and Europe.”

Vator.TV – I remember VatorTV founder Bambi Francisco when she worked as guest booker for Lou Dobbs “Moneyline” on CNN and her subsequent work for Dow Jones Marketwatch. I also remember when she started Vator.TV. I never knew her as Bambi Francisco Roizen, Mom to three kids. One could say she was ahead of her time by glomming onto entrepreneurs and the startup culture as early as she did. Vator is less of a media outlet and more of a community site/resource for entrepreneurs with a news section.

“Vator (short for innovator) is a professional network for entrepreneurs. Founded and run by veteran and award-winning journalist Bambi Francisco, Vator consists of Vator.tv, VatorNews, and Vator competitions.”

Social Media Today — If social media’s your thing (isn’t it everyone’s?), then you’d be hard-pressed to find a more informative site than Social Media Today. SMT features some of the best thinkers covering a subject that pretty much envelopes the way we shop, vote, invest, market, mate…

“Social Media Today is an independent, online community for professionals in PR, marketing, advertising, or any other discipline where a thorough understanding of social media is mission-critical. Every day, we provide insight and host lively debate about the tools, platforms, companies and personalities that are revolutionizing the way we consume information. All of our content is contributed by our members and curated by our editorial staff.”

Finally, let’s not underestimate the influence of those VCs with big Twitter followings. You saw my post on the send-off Michael Arrington gave to (his investment) Highlight in the week before SXSW. I was reminded of it when I saw Bloomberg’s Emily Chang’s tweet today:

And a day doesn’t go by when we don’t see a tweet from one of Kickstarter’s investors: