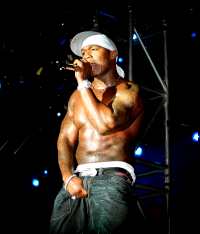 Cause-related rock impresario Bob Geldof made big news today with his announcement of “Live Eight,” an eight-city concert event featuring some of the biggest names in the music biz — from “Fitty” to Bono to Sir Elton. AOL will stream the live July 2 concert with hopes of reaching 1 billion people.

Did I mention the cause? Borrowing some brand equity from the “G8 Summit” in Scotland later that month, “Live 8” hopes to push the issue of poverty in Africa to the top of the geo-political agenda. A million-person protest march is planned.

Having worked on Quincy Jones’s “We Are the Future” all-star concert in Rome a year or so ago, I can say that it takes an extra effort to cut through the celebrity clutter to make a meaningful statement about, and real contribution to the cause at hand.

“The Tribute To Heroes” concert in the days following 9/11 didn’t need much explanation. We all knew who was benefiting. But this is different. Mr. Geldof & company might put the issue front & center by filling the media pipeline with stark images and informed interviews detailing what’s really happening in Africa. The march will help (as long as it doesn’t turn into the anarchy of Seattle’s WTO meeting some years ago).

Maybe The Times’s Nick Kristof will lend a hand by recounting his harrowing tales from Darfur.

Finally, I wonder if 50cent would sit for a half-day of message training on Africa?