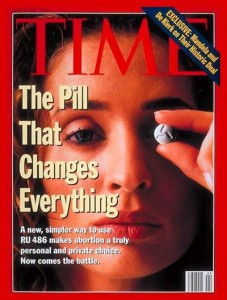 As if the FDA hasn’t endured its share of tumult over the last couple of years (think Vioxx, Oxycontin, Baycol…), the latest affront to its reputation arrives this morning via a front page article in The New York Times. The report contends that officials of the drug-approving agency more or less put the kabash on the so-called morning-after pill before its scientific evaluation was even completed.

Well, we kind of figured something was amiss when a number of scientists working on the project resigned earlier this year. Now, as the facts begin to emerge, the FDA’s communications team again finds itself in crisis mode trying to deflect these new allegations. “Julie Zawisza, an F.D.A. spokeswoman, said the agency stood by its rejection of the morning-after pill application. ‘We question the integrity of the investigative process that results in such partial conclusions by the G.A.O.,’ Ms. Zawisza said.” Huh?

I’ve learned that there are no winners in the pro-choice/pro-life debate. Passions run too high, so it’s better to leave well-enough alone…especially at the Thanksgiving dinner table.

I am, however, interested in whether this story will have the kind of “legs” to produce a legislative or policy initiative. I’m skeptical. There was a time when a front page (above-the-fold) New York Times investigative piece would ripple through the media and seep into the nation’s consciousness within the first news cycle.

Today’s fragmented media, 24/7 news cycle and media credibility issues make outlets like The Times, “60 Minutes,” and even The AP much less empowered to move the needle of change. I would like to believe that the citizen journalist movement can sustain awareness, as it has in some other prominent cases, but I predict that this story too will be subsumed by other breathless headlines. If only the consuming media public were less fickle!