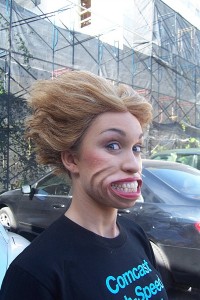 As Ad Age ad guru and NPR “On the Media” co-host Bob Garfield continues his blogging crusade against his local cable company, he might be pleased to learn that the object of his disaffection drew a fine this week for airing a “video news release” without identifying its source. Hmmm. Is this even against the law?

Quoting from the Philly.com article: Comcast, based in Philadelphia, said it would contest the agency’s action.

“We did not receive any consideration, benefit or payment” for airing the video, said spokeswoman Sena Fitzmaurice.

As this blogger has previously pointed out, it is the ethical responsibility of the PR pro to clearly identify the source of any content he or she provides to a news organization, BUT it is the outlet’s journalistic responsibility to make that information known to its audience.

Apparently, the local Comcast-owned all-news cable channel, home to the sleepy cable repairman, didn’t do so, which prompted the PR-haters at the Center for Media & Democracy to file a complaint with a compliant FCC.

So which is worse? Fighting a negative viral campaign or a $4000 fine from the FCC? All in a day’s work for the PR team in Philly.