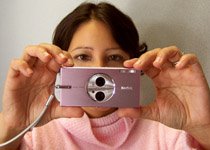 Several months ago, I sat on a social media panel alongside Kodak’s Jennifer Cisney who walked the audience through her company’s employee-generated news content. It was compelling stuff with the right irreverent tone — not too commercial, a bit self-effacing, authentic, and informative with a decent amount of “gee whiz” factor built in — a key ingredient, I suppose, for a weblog from a technology company (with a “thousand nerds“).

I’ve worked on the Kodak account at a couple of agencies over the years. It started with local market media tours with Kodak’s photo experts who physically visited the nation’s top ADIs, to appear on local TV talk and news shows. Then there was the company’s partnership with the newspaper industry through which readers submitted and received awards for their best photographs.

And finally, I oversaw the PR for the mammoth 1996 global launch of the Advanced Photo System (APS) and specifically, Kodak’s entry Advantix. It was at a time when digital photography remained but a small, but threatening glimmer in the eyes of the industry. Silver Halide (and other chemicals) still ruled.

Kodak actually co-developed the new easier-to-point-and-shoot technology with four other companies: Canon, Nikon, Fuji and Minolta. The consortium agreed to embargo the public announcements of their branded products until 12 midnight (ET) on a certain day. One problem: 12 midnight in New York was 12 Noon in the headquartered country of Kodak’s partners! The sole U.S. developer feared it would be left in the pixel dust.

The PR strategy had two key elements: We invited every major news organization to Kodak’s HQ and pre-briefed them under strict embargo, and 2) we held our press launch at a theatre in Los Angeles at 9pm (PT). The event featured Kodak CEO George Fisher, actress Stephanie (or was it Jane) Seymour and a giant roll of film descending onto the stage from the ceiling. What’s a photo op without a photo op? The footage was fed via satellite around the world.

One billion media impressions later, we soon learned that when the other partners tried to pitch their story, many were informed that the Advanced Photo System story was already completed, i.e., in the can(ister) so to speak. Kodak dominated. Orders for its Advantix brand far exceeded supply.

Today, Kodak issued a news release on Business Wire naming Jennifer Cisney as the company’s “Chief Blogger.” From the release:

“Just over ten percent of Fortune 500 companies have public blogs. Fewer still have Chief Bloggers, and Kodak is among the first to name a female Chief Blogger,” said Jeffrey Hayzlett, Chief Business Development Officer and Vice President, Eastman Kodak Company. “As Kodak continues to break new ground in the imaging industry with our innovative products and services, we are committed to staying on the cutting-edge of social media by utilizing the talents of our people.”

Congratulations, Jennifer. Is the release embargoed?