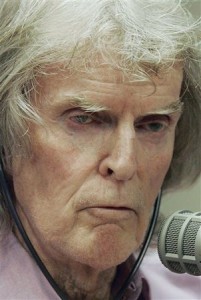 The Times (of London) Online today proclaimed that:

“…a new industry is springing up to allow companies and individuals to track how they are perceived on the web – call it PR 2.0.”

Actually, Rhys, this is only a small part of what we in the PR biz commonly (and annoyingly) call PR 2.0, though it’s clearly a vital piece of the puzzle.

“Monitoring the online conversation,” or as my buddy Rob Key says “conversation mining,” may be more precise terms for this first step in protecting one’s online reputation — whether it manifests on Wikipedia, a rogue website, the blogosphere, FaceBook, Amazon or the myriad other consumer or detractor-generated sites.

The bigger question (and challenge) for PR 2.0 wannabes lies in how exactly an individual or enterprise goes about modifying his or her (or its) online profile once the reality rears its ugly head. We’ve seen optimization schemes that elevate one’s ranking in the Google organic results, and in so doing, relegates detractors to the second or third page of that vaunted list.

Then, of course, there are those who advise their clients to “engage” the blogosphere the moment these opinionated troublemakers diss you, your company or your product. With hundreds and thousands of authoritative A-listers, plus the millions in the long tail — any one of whom can do serious reputational damage — the practicality of scaling such an individualized solution is daunting indeed.

Finally, and most promisingly, newsmakers can help themselves by morphing into news producers, in effect bypassing the traditional news filter. We’ve seen CEOs make news on their blogs, SMPRs, and the creation of compelling digital content optimized for discovery and consumption by only those intent on finding it.

The Times piece ended its partial picture of PR 2.0 as follows:

“Significantly, ‘traditional media’ sources, such as newspaper websites, are given a greater weighting than a Wikipedia page in the formulae that monitor a subject’s reputation ranking. The papers, it appears, are still seen as more influentional [sic] in the court of public opinion. That will let the old PR industry rest a little easier – for now.”

Hmmm. As I said, just a piece of the puzzle.