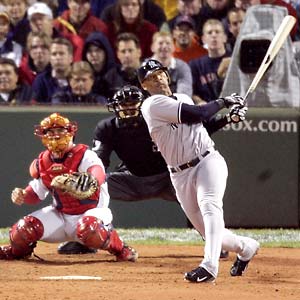 The New York Yankees organization is never bereft of drama. The latest involves one of the Bombers’ high-paid stars Gary Sheffield. What are the PR implications here?

Well, the Yankees floated the notion that Mr. Sheffield was potentially up for grabs by the team’s crosstown rival, The Mets. Sheffield, not wanting to be traded from his high-profile squad, took the ball into his own hands. During a media interview, he warned prospective suitors that there would be “repercussions” should he be acquired. The Times called it a “calculated attempt” to silence trade talks. I call it good old fashioned PR.