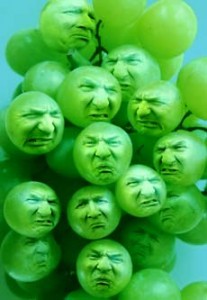 It’s no secret that the Mayor of New York holds a commanding — some say insurmountable — lead heading in to the September primaries and the November elections. The challenge for his challengers lies in creating news that catapults their candidates into the public eye — not the C. Virginia Fields variety. After all, Mayor Mike, as commander, still holds the cards that control the city’s news agenda.

So one has to give Fernando Ferrer’s press person Jen Bluestein credit for enterprisingly capitalizing on the Mayor’s media schedule yesterday, which featured him announcing a school essay contest. Ms. Bluestein created and released its own “school essay” humorously trumpeting the foibles of Mayor Mike.

This of course prompted Mayoral mouthpiece Stu Loeser to offer this sour note: “Although the winners of today’s contest can write better than the Ferrer campaign, the Ferrer campaign wins first prize for doing the best job at embarrassing their candidate with this pathetic attack.”