Wasn’t it just swell of Robert Scoble (@scobleizer) to set up a video camera at today’s Google presser introducing the Nexus One, Google’s presumed iPhone killer?

Midway through the event, I counted some 16,000+ people signed on to watch the historical event unfold. (You see, Robert, having all those followers can come in handy.)

I just wonder why Google’s PR peeps didn’t go through the trouble of web-streaming their own news conference, while arranging for on-site attendees to record wirelessly, to ensure optimal site lines and audio. But then again, Google likely wouldn’t have enabled the dialog box that accompanied Scoble’s Ustream feed. (See photo above.)

Of course when the Google executive-in-charge announced that all in-person (Googleplex) attendees could pick up their own Nexus One’s “starting at 12 Noon downstairs,” I had to suggest that those on the webcast should also take part in the payola. Someone then likened it to the Oprah auto giveaway. 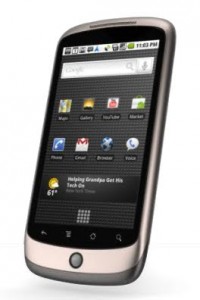 Still, you have to give Google credit for getting all those early adopters to eat out of its hand. Virtually every tech influencer I follow on Twitter regurgitated today’s talking points. And why wouldn’t they? Here were a few of the highlights I caught when not penning a client news release:

And last, but hardly least:

Wow. So much fort Verizon jumping in to bed with the iPhone. Herer’s a round-up of some of the coverage of today’s big event:

Hey. Didn’t Google give Joshua Topolsky of Engadget the exclusive back on December 14? “Exclusive: First Google hone/Nexus One Photos, Android 2.1 On Board”

And if this all wasn’t enough, you can watch Scoble’s video of today’s presser here.