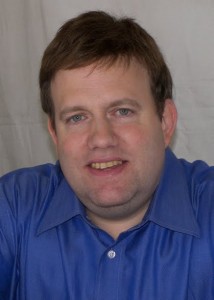 As the Party-of-No prepares to again deceive and divide the American people over the issue of financial reform, the emergence of Frank Luntz‘s name should come as no surprise to those who’ve followed just how far obfuscation has come in the age of political spin.

Mr. Luntz is the name partner in a firm called Luntz, Maslansky Strategic Research, and another called The Word Doctors, which describes itself as “a powerhouse in the profession of message creation and image management.”

The firm’s specialty: to devise incendiary, yet frequently misleading sound bites that will help his “clients sell their product or turn public opinion on an issue or a candidate.”

Some of his memorable semantics include “death panels,” “Obama’s war on Medicare,” and, for the global warming-denier crowd, “The scientific debate remains open.”

Unfortunately for America, this favorite of Fox News has little interest in or need for PRSA’s Code of Ethics when his wordsmithing talents are in such high and lucrative demand. Mr. Obama’s election and the Democratic majorities in Congress have only been a boon to his business. Still he and his band of media manipulators might pay attention to the Code’s very first guideline:

“Be honest and accurate in all communications.”

If you haven’t guessed, Mr. Luntz, IMHO, is a menace and frankly a blight on the practice of PR, if that’s what you’d even call what he does. TIME Magazine‘s “Swampland” blog just compared his talking points memo for derailing much-needed financial reform with the talking points delivered this week by Mitch McConnell (R.-KY) (whose biggest donors happen to be from, surprise, the securities and investment industries):

Luntz: “The single best way to kill any legislation is to link it to the Big Bank Bailout.”

McConnell: “We cannot allow endless taxpayer-funded bailouts for big Wall Street banks. And that’s why we must not pass the financial reform bill that’s about to hit the floor.”

Luntz: “Taxpayers should not be held responsible for the failure of big business any longer. If a business is going to fail, not matter how big, let it fail.“

McConnell: “[The Dodd bill] gives the government a new backdoor mechanism for propping up failing or failed institutions…. We won’t solve this problem until the biggest banks are allowed to fail.“

Luntz: “Government policies caused the bubble and its ultimate crash. Fannie Mae, Freddie Mac, the Federal Reserve, and the Community Reinvestment Act all had a role in the catastrophe. The government inflated economic bubbles with easy credit policies.”

McConnell: â€œIt also directs the Fed to oversee 35 to 50 of the biggest firms, replicating on an even larger scale the same distortions that plagued the housing market and helped trigger a massive bubble we’ll be suffering from for years. If you thought Fannie and Freddie were dangerous, how about 35 to 50 of them?”

I return to the second guideline in PRSA’s Code of Ethics:

We can probably guess whose paying his fees to kill financial reform, but it would be instructive to know for sure. At least Sen. Dodd (D.-CT), the bill’s architect, called out McConnell (and Luntz) this go-round. Prepare for more histrionics, and more Frank Luntz.