Consumers of today’s most edge-worthy media have more than their fair share of caustic fodder to digest, what with Gawker and its sibling sites. I mean who doesn’t relish Hamilton Nolan’s periodic profane-laden posts? Those sites’ owner, Mr. Nick Denton, recently resurrected Valley Wag to add some much-needed spice to the echo chamber that dominates tech reportage nowadays.

After a four-year absence, VW drew the attention of Silicon Valley Watcher’s Tom Foremski who called out reporter Sam Biddle for his “scoop” that TechCrunch founder (and now VC) Michael Arrington had for the first time skipped this week’s TC Disrupt Conference in NY.  It was a fair assumption on Valley Wag’s part given the curious absence of any published mention of Mr. Arrington attending TC’s hugely lucrative confab.

To his credit, Mr. Foremski surfaced photo-proof of Mr. Arrington’s presence, and then speculated on possible reasons for the beleaguered Mr. Arrington to be given persona non grata status in the build-up to the event.

In a post today, the same ValleyWag reporter who set tongues-a waggin’ about Mr. Arrington’s supposed absence, created even more buzz by outing the “disingenuous” internal post signed by Tumblr founder David Karp who lauded the work of his Storyboard team in one breath, and in another, terminated them: 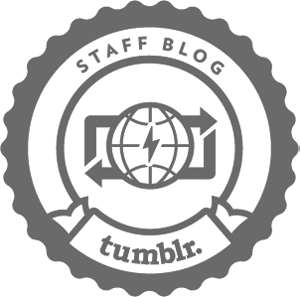 “…we couldnâ€™t be happier with our teamâ€™s effort. And as Tumblr continues to evolve, weâ€™ll always be experimenting with new ways to shine light on our creators…What weâ€™ve accomplished with Storyboard has run its course for now, and our editorial team will be closing up shop and moving on. I want to personally thank them for their great work. And please join us in wishing them well.”

The tech media echo chamber soon weighed in to amplify ValleyWag’s scoop that the post was actually penned by Storyboard’s editor-in-chief. Having an underling draft a staff memo is not all that unusual. Having that person (intentionally?) come off as hallow and insincere is more so. Mr. Karp should have picked up on the incongruities contained in “his” internal post.

Net net: I wouldn’t worry too much about Tumblr’s future. In spite of this little, well, tumble, it remains a darling of the tech media echo chamber:

And, of course, this: