About this time last year, I took the PR agency biz to task for what I felt was its fatalistic reliance on the benevolence of journalists to advance their clients’ communications interests. Sure, a great “placement” (I hate that term) in an influential news outlet like Bloomberg, The Journal, Mashable or Buzzfeed still has a decent capacity to set tongues-a-waggin.

Yet, PR firms and practitioners whose primary and perhaps only client offering is the presumed ability to “place” stories will soon find themselves disadvantaged, if not dis-intermediated in today’s increasingly complex communications ecosystem.

This becomes all to evident when one considers the percentage of PR-to-journalist pitches (aka “engagements”) that actually result in coverage. My guess it’s less than one in a hundred. (Not for my clients, of course.) Today, a journalist’s social and digital newsfeeds have usurped PR as a primary source for story ideas on many media beats (celebrity not among them).

To make matters worse, a recent New York Times piece on the propagation of PR spam sums up where the once symbiotic journalist-PR relationship now stands. In “Swatting at a Swarm of Public Relations Spam,” The Times’s resident Haggler David Segal describes the dynamic:

“This is an unsolicited public relations pitch â€” P.R. spam, more succinctly â€” one of hundreds of thousands that belly-flop into the email systems of journalists every day…suddenly the Haggler noticed that P.R. spam started showing up the way flying monkeys appear in ‘The Wizard of Oz.’ Swarms landed each day, imploring the Haggler to write about Christmas Cookie Treat Boxes, or a document previewer called Igloo, or a liquor called Pura Vida Tequila, which ‘will be in the house this season at Qualcomm Stadium.’ Woo-hoo.”

Finally, the explosion in the number of media outlets, coupled with the myriad channels from which people now acquire news, info and entertainment have effectively diluted the impact of that once-coveted PR “hit,”and in so doing, its ability to drive measurable results, e.g., increase in sales, stock price, reputation… A much larger and more meaningful digital and social media footprint is required nowadays to accomplish that.

The point of my year-end post was to recognize this sobering reality, and encourage the profession to consider other avenues for achieving a positive branded presence in the media (i.e., sponsored, native and contributed content.)

In spite of my plea and “a change of heart” by Richard Edelman, one look at any PR job board will reveal that media relations remains the single-most sought-after competency by every kind of agency and in-house communications department. Sadly in 2014, just like the 70’s, 80’s and 90’s, editorial publicity (i.e., “earned media”) still pretty much defines the profession for most practitioners and organizations. Media placements continue to be the measure by which the vast majority of agencies are still largely compensated.

Are there skills one can learn to enhance the likelihood that a PR pitch will not fall on deaf ears? You bet. But more significantly, there are new tools and a growing data-driven cottage industry that can pave the way for a client’s message to significantly transcend the short-lived media hit.

My Forbes colleague Jeff Bercovici (He’s a staffer. I’m a contributor.) called the phenomenon “virality mills” wherein stories (and headlines) are created algorithmically and A/B-tested for their clickability and shareability (especially on Facebook). There’s a science behind eyeball generation as the folks at the much buzzed-about “news” site Upworthy . Click on the link below for more on that. 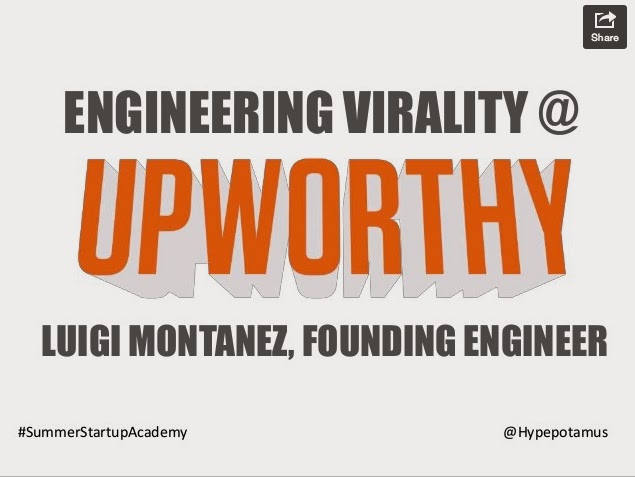 “Sites like Buzzfeed and Upworthy â€” and a growing number of imitators â€” have all but perfected the science of producing stories that Facebook users canâ€™t resist sharing with their friends and â€œliking.â€ With 1.2 billion users, Facebook offers a platform big enough to build an entire business on: Upworthy, which said it had 87 million unique visitors in November, gets more than half its traffic from the social network, while Buzzfeed, with 133 million uniques, counts on it for about one-third of referrals.” 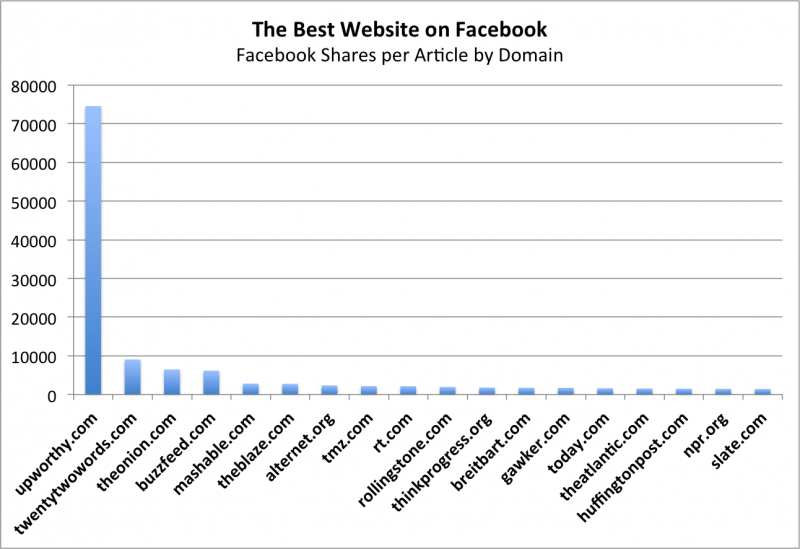 Jeff’s piece looked at Facebook’s stated intention to make its newsfeed more “relevant,” and what impact that change might have on sites like Upworthy and Buzzfeed, which derive the biggest chunk of their traffic from those shared Facebook “likes” (however artificially amped they may be).

For the PR profession and the growing numbers of “content marketers” within its midst, data-driven algorithms and A/B message testing to determine whether a story will go viral should not be overlooked.  From a piece on Upworthy in PandoDaily:

“Upworthy writes and tests 25 different headlines for each post â€“ it does not produce its own content but rather repackages videos and graphics from elsewhere on the Web â€“ the company insists the top line is only part of the story.”

Here are five burgeoning companies that could be poised to PR agencies’ lunch in the increasingly crucial content marketing space.

And here are some resources that also portend a much bigger trend occurring in the marketing communications realm: