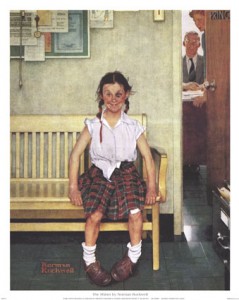 PR careerists in New York tend to be isolated from the machinations of practitioners plying their trade in other PR/PA-intensive spheres such as the Beltway , Main Street, or Hollywood. Most NYC PR pros go about their business untainted by the periodic affronts to the profession by less-than-scrupulous practitioners. Occasionally, they will get their danders up when mentioned in the same breath as party planners posing as PR professionals. (And we all know to whom I’m referring.)

Still, the reputations of even the most esteemed members of our profession, wherever and whatever they practice, are at risk when any high-profile person in the field breaches the boundaries of ethical or civil behavior. It affects all of us who adhere to the generally accepted precepts of public relations.

Two such cases hit the headlines in the last couple of days. The first involves the most well-known person in the field, Scott McClellan. His personal attack on a respected member of Congress and decorated war veteran hits a divisive new low, and I quote him:

“So, it is baffling that he [Congressman Murtha] is endorsing the policy positions of Michael Moore and the extreme liberal wing of the Democratic party.” It’s unclear if Mr. McClellan crafted this, or if it was dictated to him from above. In either case, he delivered the message, and in so doing, compromised the decorum and standards to which most of us still aspire.

The second example of a Beltway PR “pro” tainting the profession revolves around indicted DC lobbyist Jack Abramoff’s #2 and Tom Delay protege Michael Scanlon. Mr. Scanlon, who seems to have fudged his work history and was prone to using an alias in other jobs he held, has this to say about a political adversary:

“‘You kick him until he passes out,’ Mr. Scanlon wrote in an e-mail message that was published in the Clinton biography ‘The Breach.’ ‘Then beat him over the head with a baseball bat, then roll him up in an old rug and throw him off a cliff into the pound surf below!!!!!'”

Here’s what he said about a client of his firm’s:

“In e-mail correspondence between Mr. Abramoff and Mr. Scanlon released by the Senate committee, it is the junior partner who often displays his thirst for wealth. ‘I want all their money!!!’ Mr. Scanlon wrote in one e-mail message to Mr. Abramoff in 2002, referring to the Tigua Indian tribe. In another, involving the Coushatta Indians, he wrote: “Weeez gonna be rich!!!'”

As we head back to work on Monday, and these new revelations fade in to the next news cycle — soon to be replaced by other industry-corrosive headlines — let’s take time to reflect, for soon it will be necessary to ratchet up the PR for our own vitality. PRSA, Council of PR Firms, Wisemen, IABC, and Arthur Page, you listening?