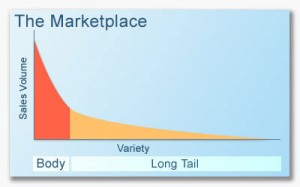 In yesterday’s post, we linked to a New York Sun story wherein the ebullient head of a global New York agency touted the firm’s success with blogging, social media and other conversation-building digital tools.

“We’ve increased our income by 28% in the last two years,” Mr. Edelman said. “We argue that if public relations is 4% of a corporation’s budget it ought to be 5%. This is where companies have to spend money, and they are getting the message.”

On the flip side of the PR coin, today we link to a New York Post story featuring the head of another New York agency touting his firm’s success providing more traditional PR services.

“‘Our business is more active than ever,” said Howard J. Rubenstein, who founded Rubenstein Associates in 1954. “We continue to compete regionally and nationally and this expansion reflects the growth of our business.’ His roster includes such clients as News Corp. (which owns The Post), the New York Yankees, the Tribeca Film Festival, Amazon, Time magazine, Paramount Pictures, Silverstein Properties and Tishman Speyer Properties.”

So Peter, what’s your point? The point is that the PR industry — in its many forms — is enjoying robust growth. I’m just having a hard time reconciling what’s driving it: the work of exuberant new media practitioners or the tried and true, meat & potatoes work of old media practitioners. We may just have to admit that the client tail is long enough to nourish and sustain both.