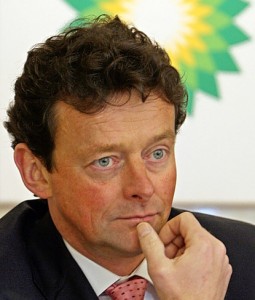 Three weeks ago today, I penned a post on how to recognize a crisis…before it mushrooms into a full blown corporate meltdown. The news hook for the post involved a seemingly isolated explosion on an oil rig in the Gulf of Mexico that killed 11 workers, but had yet to assume the catastrophic environmental and reputation-ruining proportions that it has today.

Did you see 60 Minutes’ double segment Sunday in which one of the surviving workers on the rig recounted those harrowing moments? This man was forced to jump ten stories into the fuel and fire-laden waters below after the lifeboats abandoned him.

Furthermore, he used his CBS News appearance to painstakingly and very credibly outline the corporate malfeasance that likely led to the systemic failures aboard that oil rig and the environmental disaster they wrought. (I’m still not sure why relatively few mainstream media picked up on his allegations.)

On Monday, I posed the following question to a fellow PR blogger: would the tenor of the CBS segment have changed much if BP had agreed to avail its CEO Tony Hayward (pictured above) for an on-camera interview? Could BP’s relatively youthful CEO have withstood the acerbic probes of CBS News’ Scott Pelley (and his producer) or would he have morphed before our very eyes into the Jack Nicholson character from “A Few Good Men?”

In my opinion, not even the most charismatic, cogent and convincing executive could have countered the poignant and measured “testimony” from that senior oil rig worker. Hence, it seems BP and its PR consiglieres did the right thing by not subjecting the company’s CEO to public denigration, let alone the possibility of exacerbating countless legal challenges.

Watching this segment and the sudden disintegration of BP’s carefully and expensively honed reputation made me a bit melancholy. I had played a supporting role in the earliest days of the company’s often case-studied brand transformation. It was 1997, and I took a call from an agency counterpart in the UK. My British colleague’s client was about to make a big announcement. Hmmm. 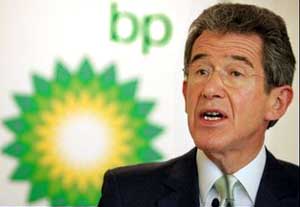 Apparently, British Petroleum’s then CEO Sir John Browne (at left) intended to announce that global warming was a problem, and could I help get the word out in the U.S. media?

My first thought was like, duh, this is not news. Who doesn’t know that global warming poses a problem? My colleague quickly explained that Browne would be the first and only major oil company executive to publicly (and I came to believe) earnestly acknowledge it.

This was not spin or an attempt to mask over the company’s environmental transgressions. Browne would not only break with the entire industry, but he put some money behind his talk by investing in a solar plant in northern CA. Al Gore joined him at a news conference to make that latter announcement, which we also supported.

So armed with this germ of a story idea, I picked up the phone and called Bill Stevens, The New York Times’s environmental reporter and resident expert on the subject. Stevens was sufficiently intrigued. He agree to a meet-up with Browne at an industry conference both had planned to attend in a few weeks time. Shortly thereafter, the first substantive piece broke (above the fold) anointing British Petroleum and its Stanford-educated chairman as leading a sea change in an industry steadfastly resistant to such change. Stevens wrote on August 5, 1997:

In what may be the most telling change, British Petroleum, the world’s third-largest oil company, broke ranks with other fossil fuel producers recently and announced that it believes that there is now enough scientific evidence to warrant concern about whether human activity — primarily the burning of fossil fuels like coal, oil and natural gas — is changing Earth’s climate.

The time to contemplate action ”is not when the link between greenhouse gases and climate change is conclusively proven, but when the possibility cannot be discounted and is taken seriously,” John Browne, the company’s chairman, said in a recent speech. British Petroleum, he said, ”has reached that point.”

Many today have tagged BP as an environmental pariah, but I can honestly say that this wasn’t always the case. Ten years after setting BP on an admirable path, Lord Browne resigned abruptly. Since then, I believe the company has lost its way down the road Browne had paved.

This saddens me. Who ever would have imagined back then that the sea change Browne put into motion would literally end up as a ten-mile long and five-mile-wide plume of oil?