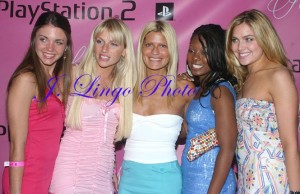 No. I’m not talking about the aspirations of the U.S. Executive Branch, but rather the name of a buzz-worthy new TV series on the machinations of a celebrity PR firm. Australia’s The Age gushes over the new series:

“IN THE murky, manipulative world of Prentiss McCabe, the fictional public relations company that is the centrepiece of the brilliant new satire Absolute Power , anything, or anyone, can be spun.”

The BBC TV series takes a jaundiced look at the world of celebrity PR with a more literary approach than “Power Girls” (the “Show Girls” of the PR-in-pop-culture genre). The series producer added,

“You ask young people what they want to be and the idea of wanting to be something specific is being eroded. The answer has become, ‘I just want to be famous or rich’, and fame is more addictive than anything else.”

That it is. In transitioning the program from BBC Radio to TV, the brief changed from dirty politics to celebrity scandals,

“The nice thing about a PR company, which wasn’t just a political PR company, meant we could look at PR in all its forms.”

Well, at least we now know that our industry has evolved to embrace new “forms.” We “spin” both politicians and celebrities.