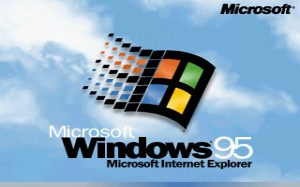 With Vista out for the enterprise and on the horizon for the hoi polloi, prepare for the onslaught of free, paid and social media coverage of Microsoft’s new operating system. I was reminded of this — not after the brouhahah over MS’s blogger “incentive” program — but rather after seeing IDG’s PC World trumpeting a new weekly series solely devoted to the OS and designed to:

“help you become acquainted with Windows Vista, Microsoft’s newest version of its Windows operating system. Windows Vista becomes available to consumers this month, after an extensive testing period and gradual rollout to businesses.”

News, advertising, and a healthy online footprint can be expected for Vista, but the PC World weekly series, while producing some plaudits for the PR team, seemed a bit gratuitous. Here’s a comparison to Apple’s Tiger OS:

“But Windows Vista at least narrows the gap between operating systems that hail from Redmond and Cupertino. In part this is because Vista adds so many features–from decent integrated search to Gadgets (aka Widgets) to fancy 3D effects–that Tiger already has.”

Let’s just say that cracks in the wall between church and state, a magazine’s editorial and advertising, weren’t as apparent during a more prosperous magazine era, i.e., when Win 95 was introduced. IDG’s magazine and those of its rival Z-D actually had the temerity to expose the warts of MS’s last major OS launch — not give it its own weekly series.

Times have changed. Print ad dollars are migrating elsewhere. Big multiple media platform spends, like that for Vista, are fewer and further between. Look for a dose of Vista display ads in PC World.