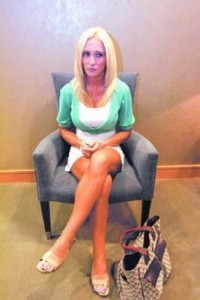 Few could miss the news a week or so ago when Southwest Airlines forbade a Hooters employee from boarding a plane without a wardrobe re-adjustment. Well, two things emerged from this dopey incident: 1) the skimpily-dressed waitress has had a major career boost (e.g., 20 minutes of fame).

Now this sure sounds familiar, but in the reverse. Remember the fame thrust upon that Qantas Air stewardess who bedded Ralph Fiennes in the lavatory during a transoceanic flight? I digress.

2) Southwest, one of the more revered airline brands in an industry where scant few deserve that adjective, took it on the chin for its puritanical ways in banishing the waitress from the flight. The airline thus decided to re-adjust its outfit by announcing a giant fare sale to “honor mini-skirts,” i.e., make lemonade out of lemons.

It issued a double-entendre-laced news release announcing so-called skimpy sale fares of $49 to $109 each way, available for 10 days. The timing thereof coincided with the Hooters waitress’s appearances on NBC “Today” and “Dr. Phil.”

Good for you, Southwest. Clever, fun, irreverent, and I bet you sold lots of flights as a result. Of course, the provocateur wasn’t drinking the lemonade. She rejected Southwest’s attempts to make light of a skimpy situation. I guess fame and an apology from the airline’s CEO didn’t measure up. She’s looking for a cash payout. This is America, after all.