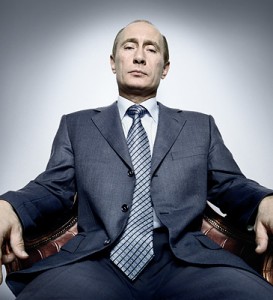 Last spring a debate erupted over whether e-mail offered an adequate means to capture the true essence of a media interview. This blogger posted about it here.

And then of course there was Blog Maverick’s creative coup de grace when he responded to a negative (and allegedly inaccurate) profile of him by posting to his blog the unedited email interview he had with the offending reporter. That (key)stroke sure set his (reputational) record straight…I think.

Truth be told: today’s most newsworthy newsmakers can dictate the terms of journalistic access, camera phones notwithstanding. The more in-demand, the greater latitude the media’s object of desire has in managing the mode (and editorial tenor) of the interview. How many “news” organizations bend their tacit rules of engagement to land that elusive exclusive?

This week, from the mountains of Afghanistan or Pakistan or wherever, Newsweek reports that Al-Qaeda’s #2 Ayman al-Zawahiri has invited the world press corps to email their questions to him via a terrorist front website:

“In the statement, released Dec. 16, Zawahiri invites ‘individuals, agencies and all media’ to submit written questions via one of As-Sahaab’s Web forums. He calls upon the ‘brothers’ who supervise the site ‘to collect the questions and transmit them without alteration, whether it is coming from someone who agrees or disagrees.'”

By feigning media access, the organization cultivates an image of civilized engagement among the unsophisticated masses, all the while perpetrating, planning or propagating unspeakable acts of violence.

“Jarret Brachman, a former CIA analyst now in the Combating Terrorism Center at West Point describes this as playing to the YouTube generation. ‘It completely fits Al Qaeda’s communications strategy over the past two years, which is how to get people more invested in the movement.'”

And Zawahiri is not alone in gaming the court of public opinion by playing the “freedom of the press” card. A free media today seems more of a propaganda tool than a requirement to qualify as an upstanding member of modern society.

Think Putin, Ahmadinejad, Assad and all the other despots who’ve gutted their nation’s free media, without any real consequences. Perhaps they’re emboldened by the First Amendment transgressions of this administration, or TIME Magazine.