Ronan Farrow, no stranger to controversy, is slated to receive a journalism award named for one of the icons of the profession: “The Cronkite Award for Excellence in Exploration and Journalism.” The fact that this 26-year-old already has garnered an award for a relatively slim body of work is questionable enough, but there’s one even bigger catch.

The host organization’s PR consiglieres have demanded that those seeking press credentials to cover the event physically must sign a document in which they agree to refrain from asking any “off-topic” questions.

“The theme of the evening is global education and service,â€ it says. â€œAll press are required to stay strictly on message. Any press who ask guests or Mr. Farrow about off-message topics will be immediately escorted out of the event.” 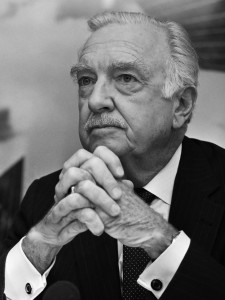 “We would like you to sign the form or indicate by return e-mail that you understand our goals to stay completely on message given the surrounding circumstances. We will not tolerate press questions about personal or family affairs related to Mr. Farrow in any circumstance at this event. Farrow is not doing interviews and the rules come from his team direct to you.”

In the world of celebrity, from which Mr. Farrow was spawned, it is not uncommon for publicists to place interview restrictions on reporters or talk show hosts in exchange for access to their in-demand clients. The heavy-handed approach also extends to politics, as recently noted in reports that Vanity Fair contributor Michael Lewis allegedly allowed the White House to approve its quotes for a piece he penned for the CondÃ© Nast glossy.

I mean this is how PR pros earn their keep, right? I guess. But it always strikes me as short-sighted, if not plain dumb, to place blanket limits on a profession that bristles at the very notion of being manipulated. (Rather, Mr. Farrow might be better advised to personally deflect any uncomfortable questions.) No one knew this more than Mr. Cronkite who’d clearly resent any PR plan to stifle the very profession for which he set a very high standard of practice.

UPDATE: Farrow and event organizers disavow their role in placing restrictions on the press:

“Well, not so fast. A spokesperson for Farrow is denying all of this. In a statement given to Gawker’s J.K. Trotter, a rep for Farrow said, “Ronan and his team did not request any restrictions on reportersâ€™ questions.â€ Trotter further reports that a “source at MSNBC added that the ‘tip sheet’ was created and distributed, without Farrowâ€™s knowledge, by a 3rd-party public relations firm hired by the ceremonyâ€™s organizers.” Furthermore, Heather Halstead, executive director of Reach the World, confirmed that statement, telling HuffPostâ€™s Michael Calderone that the nonprofit — and not Farrow or his staff — came up with the stipulations for press coverage.”