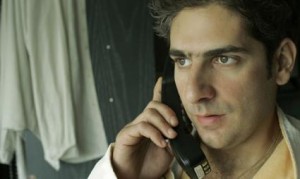 Daily News gossipist Lloyd Grove has come a long way from his former perch atop the Washington Post’s “Reliable Source” column. I just wonder why he’s so obsessed of late with the usually behind-the-scenes sources for much of his column fodder – entertainment publicists.

Today Mr. Grove reports on the efforts of one strictly New York publicity shop to raid the client ranks of another west coast-based ink-and-airtime operation. Last week, it was CNBC’s PR man Kevin Goldman whose brush-off of Grove’s researcher prompted a tongue-lashing in the column.

On stealing clients, I was smitten with the efforts of Dan Klores’s Rob Shuter to nab Britney Spears from WPP’s Ogilvy’s Baker Winokur Ryder’s Leslie Sloane Zelnik. Apparently he sent a cold letter to Ms. Spears’ management offering his services to the put-upon pregnant(?) pop princess. (In New York, we call this chutzpah.) He was rebuffed.

Is there an accepted protocol for stealing another firm’s client, or is it anything goes? I didn’t see client acquisition guidelines in the Council of PR Firms’ “Statement of Principles.” Ironically, DKC’s efforts to raid BWR comes on the heals of the defection of another BWR client Nick Lachey (Jessica’s ex) to a second decidedly New York firm Ken Sunshine. Maybe it’s an east coast-west coast thing?

Many stolid PR pros would question why one would even want to represent these misbehaved gossip headline-makers. Are their fees higher? No! Surely they must be fun to work with? (Client from) hell no. What about all the freebies and goody bags? Don’t bet on it, Christopher.

Their allure as clients is simple: in today’s media culture, these celebrity iconoclasts open editorial doors for their PR reps. After all, wouldn’t many PR types prefer to be fielding fawning media queries than pitching them? And then of course, there’s the paparazzi-induced aura of accompanying the latest A-lister into a hot new club or at a fab media event, i.e., “almost famous by association.”