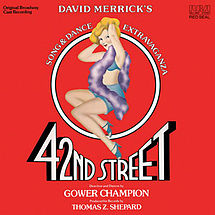 Of the hundreds of clients and client projects on which I’ve worked over a fairly lengthy career, there are but a handful that I can say remain indelibly etched in my memory.

They include the Broadway opening of David Merrick’s “42nd Street,” Michael Jackson’s TV spots for Pepsi, the privacy fight for Dale Earnhardt’s family following his untimely death, the 100th anniversary of the Ochs-Sulzberger family ownership of The New York Times and the newspaper’s first color edition, the 150th anniversary of The Associated Press, the redesign of the U.S. currency, the U.S. Presidential Debates, the September 11th Fund, and a few others. 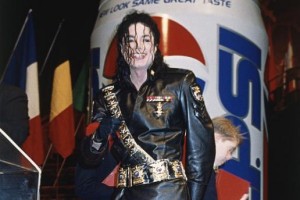 There was one campaign that perhaps stands above them all for both the duration of my involvement (eight years) and its historic permanence. It was the public relations work to support the site, design, construction and dedication of the World War II Memorial on the National Mall in Washington D.C. 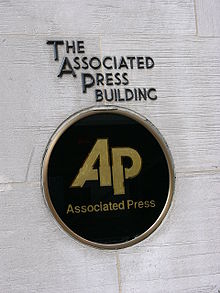 That memorial almost never came to be, or at least not in its current location nestled between the edifices that stood for the two previous centuries: the Washington Monument and the Lincoln Memorial. The potential derailment of this now cherished memorial was in part due to an aberrant journalistic practice that lingers to this day, but may finally be getting its comeuppance. 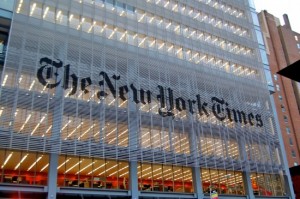 It’s the notion of “false equivalency” or as The New York Times‘s new public editor Margaret Sullivan called it in her piece posted yesterday: “false balance:”

“…the equal and ultimately meaningless quoting of both sides in every story, on every subject.”

If you’re a PR person trying to sway public opinion, false balance can be a very good thing if the balance happens to be tipped in favor of your client’s POV. If it’s not, it can be a very frustrating exercise to try to inject counter-balancing facts into an often pre-determined story angle.  It’s all the more difficult in today’s media ecosystem where many traditional news organizations have been supplanted by commentary posing as journalism.

Once the World War II Memorial design and site were selected, an organization called Save the Mall arose to mount a challenge to positioning the memorial on the “sacred ground” of the National Mall. The group armed itself with three World War II veterans, one self-described architectural historian, and many specious talking points including one that postulated that if built, the WWII Memorial would compromise the aquifer under it causing the Washington Monument to topple.

Memorial supporters numbered many architects and over 11 million World War II veterans, including the rank and file of the VFW and American Legion. What was disheartening, if not frightening was that the news media felt obligated to allocate an equal if not greater amount of column inches and airtime to the protestations of what many would reasonably call a fringe group.

Did this group have the right to have its voice heard? Sure. But given the thinness of its argument and numbers of supporters, it made our job of helping journalists gain some fact-based perspective all the more difficult.

At one point, I conducted an audit of the Washington Post during an especially crucial period to compare the number of opposition quotes in its news hole versus those supporting the project. It was three-to-one against. False equivalency or just false? My client unfortunately wouldn’t let me send a letter to the newspaper’s ombudsman. I also remember cornering the news director at a local TV station that planned to air three segments on the memorial, featuring three different “experts” — all from the opposition. He acquiesced to our demands for balance.

Flash forward to today when privately created content (owned media) can easily bypass the journalistic filter to engage directly with audiences. What’s more, the media and the indy fact-checking orgs have neither the temerity nor a pulpit big enough to quell the falsehoods that pollute the public discourse. Mitt Romney’s pollster Neil Newhouse recently boasted (according to Politico’s Ben Smith):

“Fact checkers come to this with their own sets of thoughts and beliefs, and weâ€™re not going to let our campaign be dictated by fact checkers,â€ he said. The fact-checkers â€” whose institutional rise has been a feature of the cycle â€” have â€œjumped the shark.”

Suddenly, however, it seems that the once noble producers of quality journalism have awoken from the dream in which they incredulously attributed Congressional paralysis to obstructionists from both sides of the political aisle.

Was it HBO’s “Newsroom” or the Republican National Charade (RNC) that has given CNN’s Anderson Cooper, Wolf Blitzer and Soledad O’Brien a new bounce in their steps? Is it my imagination or are they suddenly calling out some of the scripted and unreliably sourced BS emanating from their guests’ mouths?

Now if only Candy Crowley, David Gregory and Bob Schieffer would grow some kahunas! (Schieffer admittedly may be too old for the fight, but then again that didn’t stop his octogenarian colleague Mike Wallace from putting his guests’ feet to the fire.)

Over the weekend, NYU’s Jay Rosen compiled a nice round-up of the various pieces and posts about this hopeful journalistic sea change that’s percolating. Titled “#presspushback,” it led:

“Professional journalists, whose self-image starts with: â€˜Weâ€™re a check onâ€¦â€™ had to decide what to do about the truck that just ran their checkpoint, carrying the brain trust of the Romney campaign, laughing at how easy it all was.”

James Fallows observed in his Atlantic piece “Truth, Lies, Politics, and the Press, in Three Acts:”

“Catching up on several related indicators, which together might point toward a positive and potentially major development in journalism and public life.”

Finally, you’re probably wondering why a PR guy whose clients have both benefitted and have been harmed by lazy reporters would decry the imbalanced state of journalism or recent years. It’s simple. Professionally, I’d rather go toe-to-toe with a smart reporter who takes the time to wrap his or her arms around a subject than one who gets it wrong out of expediency or personal bias.

More importantly, I believe that a strong and vital fourth estate is essential for a modern democracy to thrive.  Without it, we could all be living in Putinville.