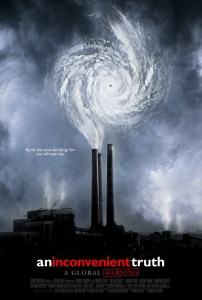 Having judged and submitted a fair share of industry awards over the years, e.g., PR Week Awards, Sabre, PRSA/NY Big Apple, PRSA Silver Anvil, PR News Platinum Awards, etc., I am always amazed at the number and diversity of programs in the mix seeking peer approval.

A quick scan of the number of PR News Platinum or PR Week Award categories also give an indication of how profitable (for its purveyors) these awards have become. As for the recipients, the ROI is less tangible, but highly coveted nonetheless.

As a judge, I tried to single out programs that succeeded in attaining their pre-stated measure of success, which invariably included generating ink & airtime. Only those programs that exceeded their goals through creative execution made the cut. Many judges made their selections through a quantitative assessment of the results, i.e., # of impressions, prominence of the coverage, etc.

Others, myself included, preferred to use a more innate measure of success. Had we heard about the program? Did it make a tangible impact? And most importantly, did it overcome some odds in breaking through the clutter?

Last night, the film documentary that put our would-be President squarely back into the public eye garnered a PRSA Silver Anvil award. At first blush, one might argue that it’s a no-brainer to publicize the re-emergence of a disenfranchised U.S. President. But on further scrutiny, the global environmental movement was dead in the water until Mr. Gore bowed his inconvenient truth.

Granted, the film spawned a billion+ media impressions globally. But hey, that could have been predicted. What wasn’t expected was how Mr. Gore’s PPT preso-turned-captivating film documentary singlehandedly jump-started a mission critical movement that many left for dead. For this reason, the Silver Anvil rightfully belongs to the PR team for “An Inconvenient Truth”…and to Mr. Gore.