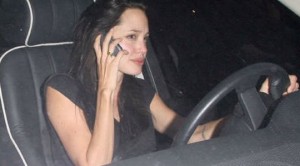 Can the blogosphere crack Apple PR’s “Blue Wall of Silence” enveloping the iPhone?

That’s the question the Scobleizer (Robert Scoble) raises today after getting the brush off by an Adobe tech he probed on the status of Flash for the iPhone.

WebProNews picked up the post in which Scoble relates:

“‘Howâ€™s the work on the iPhone version of Flash going?’ He instantly answered ‘I canâ€™t talk about that.’

This answer is so fast, and so consistent, that it just drives me nuts (itâ€™s the fourth Adobe employee Iâ€™ve asked about this and got the exact same answer).

Anyway, why is this Adobe PRâ€™s greatest nightmare? Well, itâ€™s every PR teamâ€™s nightmare to have an engineer meet a journalist, or worse yet a blogger, without a PR person around. Who knows what might get said?

In this case, though, they have this team locked down. Itâ€™s almost like they got PR training from Steve Jobsâ€™ PR team. Oh, wait, thatâ€™s actually the case! (One of the head PR guys at Adobe used to work at Apple).”

With the noise surrounding the iPhone building to a fevered pitch before the product’s June 29 launch, journalists of all stripes are stumbling over themselves in a cat & mouse game with the fabled command & control crowd at Apple Inc. (Did Mossberg agree to hold his review in exchange for some tech time with the versatile $500-$600 product?)

It’s clear that Apple’s PR grand strategy of secrecy and selective seeding surrounding the second coming is having the desired effect. AAPL is up another 3 points today.

Hey look. If Angelina’s lawyer can dictate the terms of media access to his A-list client, why can’t Apple manage the message for its veritable (movie, music, photo, and telephone) “star?”

Scoble’s right to use the term “nightmare” to describe the challenge of placing a gag order on everyone having anything to do with this product. On the other hand, judging from the media and investor frenzy it has created, the folks in Cupertino are no doubt thinking it’s been a nightmare worth dreaming.