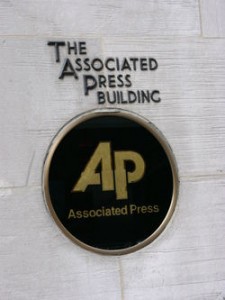 Technorati, the current authority in blog search and monitoring — 40 million (mostly inactive) bloggers and counting — issued a news release this morning via PR Newswire announcing a partnership with The Associated Press, the world’s largest (and perhaps most venerable) news organization.

In essence, readers of AP copy on “AP Hosted Custom News” sites will be able to see what the blogosphere is saying about the story. The “dynamically powered” feature also will let readers know which five AP stories were the most blogged about.

“This gives AP members a way to allow readers to navigate between
authoritative news coverage and the popularity of blog comment,” said Sue Cross, AP vice president for online services to U.S. newspapers.

For years, AP rival Reuters has bested the non-profit news co-op in the online content syndication game. Recently, however, The AP has issued a series of announcements and upgrades that freshen its image, which includes the AP Online Video Network and the asap news service “for younger readers.”

Today’s announcement, which didn’t list a PR contact for The AP (nor is the release posted on the AP site), is nevertheless a smart one that will help polish the sometimes crusty, but still esteemed global news brand. Still, I bet there are purists within the AP’s ranks whose eyebrows were raised by this tacit validation of the citizen journalism movement (with its editorial warts and all). Maybe that explains its conspicuous absence on the AP site?