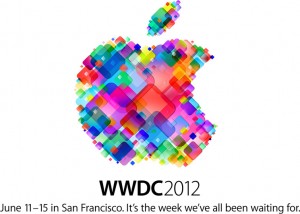 Maybe it was the advance, much-tweeted meme that screamed with credulity Apple’s intentions to use its annual WWDC to announce a re-vamp of its entire product line. Or the resurfaced rumblings about the debut of the long longed-for Apple iTV or even the next iteration of the iPhone.

Whatever I had come to eagerly anticipate from Apple on Monday fell short on Tuesday. Maybe because I had my heart set on a newly designed 13″ Macbook Pro after the genius at my local Genius Bar informed me that my six-year-old Macbook Pro was nearing the junk heap. Or perhaps I was looking for the definitive reason to jump to an iPhone — even without a VZW eligibility upgrade. 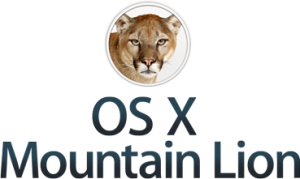 In either case, I’m sure I wasn’t the only Apple fan boy who had expected a few surprises from the stage of Apple’s extravagant Worldwide Developers Conference this week, but felt short-sheeted. Instead, we got a new 15″ Macbook Pro with Retina Display (at $2200), partnership deals with the rust belt that will bring Siri to your driveway (in a year), more on Mountain Lion, and iOS6, but not until the fall TV season.

None of it gave me that instant gratification I felt upon seeing the shuttered Apple Online Store re-open a few hours after a real breakthrough product announcement.

This SRO event — blogged-but-not-live-streamed — started off in the usual fashion with Apple’s chief Cook running through the litany of mind-blowing stats — 400 million Apple Store accounts, 30 billion downloads, 225,000 apps made just for iPad — as if the audience needed to be reminded just how consumer-dominant this brand really is. We then had a few videos, followed by some product announcements, none of which rose to the level of Steve Jobs unveiling an entire new line of iPods, Touches, Nanos and Shuffles, or the miraculous iPad.

Even this week’s debut of a new Macbook Pro, while easily the sleekest laptop in the public domain, won’t immediately let users fully appreciate its most compelling upgrade — the Retina display — since many apps have yet to be written for it. No matter. It still sold out.

The question with which I’m grappling, as a PR pro, is whether Apple’s extreme code-of-silence leading into its new product announcements actually helps or hurts the company’s marketing aspirations. One rule in my biz is to under-promise, then over-deliver. In this case, Apple, with its strictly enforced quiet period, does neither. It turns the communications reigns over to others to publicly ruminate on what to expect.

Credible, but still speculative sites like MacRumors, 9-to-5 Mac, TUAW, Mac Observer, and AppleInsider drive the conversation – for better or worse.  This disconnect between the rumors and the reality often results in coverage like this CNET piece featuring a scorecard of who got it right and who didn’t.

What if…and this is a big what if… Apple opened its kimona just a tad to let some of the air out of the pre-event hype. In other words, when the news is not as game-changing as an iPad or an iTV, perhaps Apple would do itself some good by posting to its blog a sneak peek of what its fan base might actually see — in an effort to manage expectations.

(Oops! Does Apple even have a company blog or Twitter handle?)

Then again, maybe the company truly believes that everything it announces is game-changing? Had ZDNet’s Rachel King been given a reality-based head’s up, would she have written: “Why I won’t be upgrading to Apple’s Mountain Lion OS X:”

“Furthermore, I didnâ€™t see anything mentioned during the keynote demo yesterday that really piqued my interest. Itâ€™s a modest update, at best, along the lines of what Snow Leopard was to Leopard.”

As a result of this expectation disconnect, Apple CEO Tim Cook had to borrow a page from Steve Jobs’ playbook to personally write an email to a disappointed customer to promise that the entire MacBook Pro line would in fact be upgraded by 2013. From the LA Times:

“The email from Cook followed the Worldwide Developers Conference keynote in which Apple neglected to mention the Mac Pro line despite labeling it with a “NEW” tag on its website and giving it a minor update that included improved processors.”

“Although we didn’t have a chance to talk about a new Mac Pro at today’s event, don’t worry as we’re working on something really great for later next year.”

Can’t wait…to guess what the next announcement will be.