Setting: A conference room at Apple headquarters where members of the vaunted company’s marketing communications team have gathered to map out a strategy to launch the much-anticipated Apple Watch.

PR executive 1: We must make the Watch launch as big as anything we’ve launched in the last five years. We’ll all be looking for new jobs if we don’t surpass the noise we made for the iPhone 5S!

PR executive 2: I’m concerned. The watch doesn’t have, dare I say, that one really cool, gee-whiz utility to set the hype machine on full throttle. The technology is just not there yet.

PR executive 2: But Apple fan boys expect more than aesthetics. They expect Dick Tracy, Mr. Spock and Captain Kirk all rolled into one.

PR executive 1: Wait! I’m having an epiphany. This watch may not be designed for the fan boys, but it sure will wow the fashionistas, the style-makers!

Marketing executive: Fabulous idea. I’m sure I can parlay a major ad buy into some really decent editorial.

PR executive 1: And if we give Vogue the exclusive first look, we’re almost assured fawning coverage.

PR executive 2: Which could very well set the toney tone we’re looking for.

PR executive 1: It’s still not enough. Vogue is just a single voice in a vast sea of style-making media. Granted it’s influential, but it alone no longer drives the style agenda. We will need to go big. I say a boffo presser is still in order here. We can’t leave the fan boys high and dry. They’d expect no less.

Marketing executive: This is all sounds very workable.  I’ll bring our approach to Phil to get his buy-in. 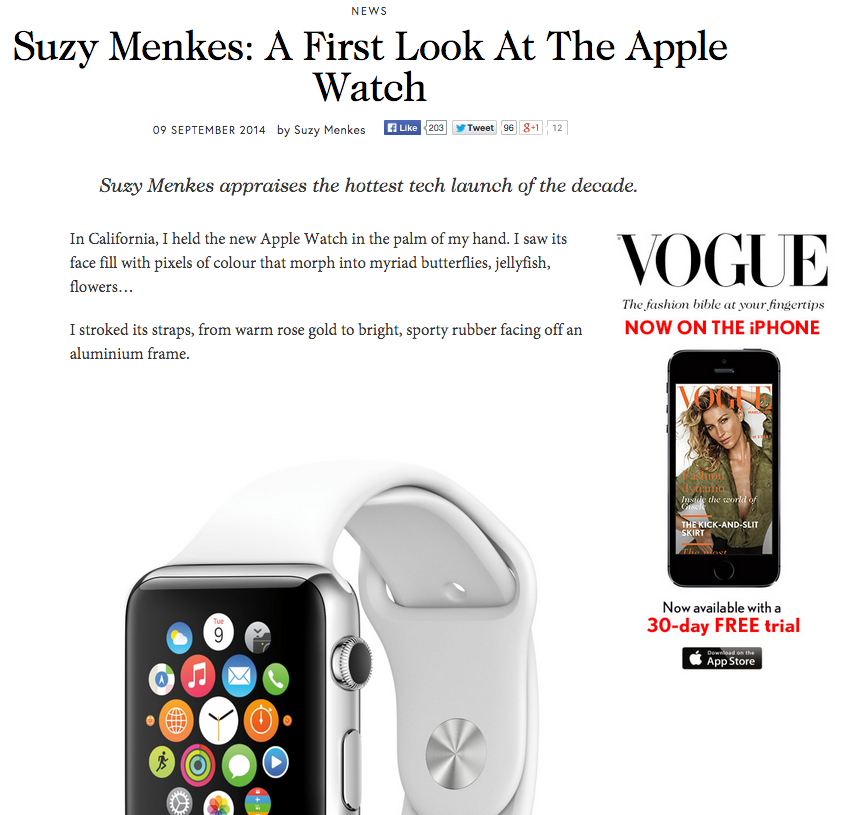 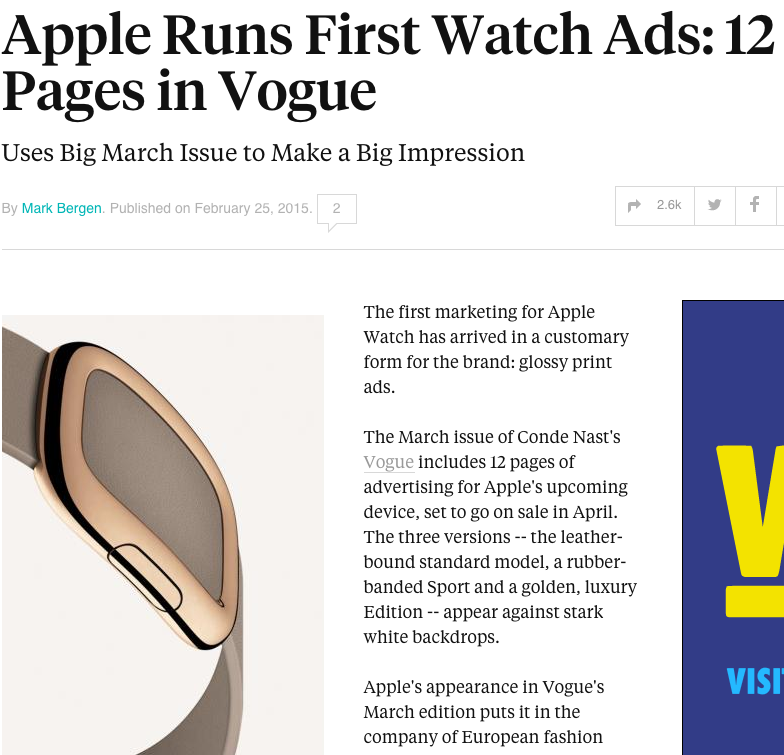 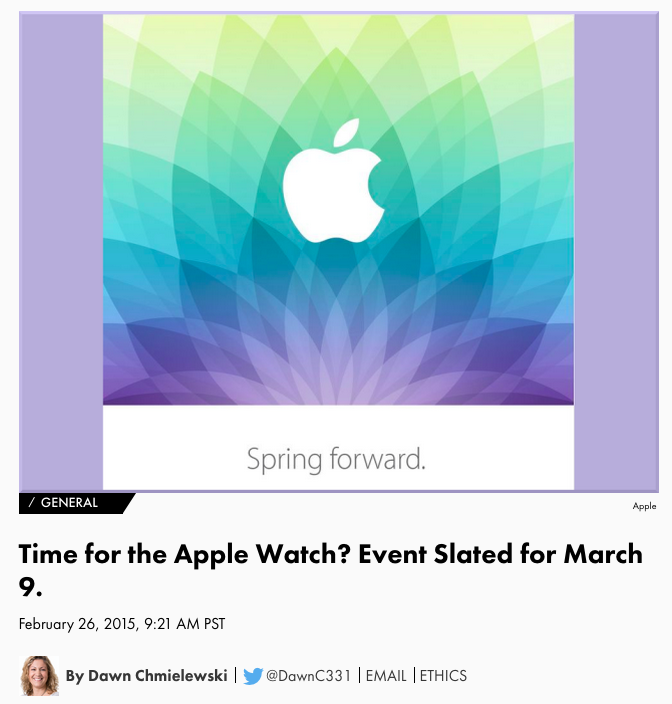