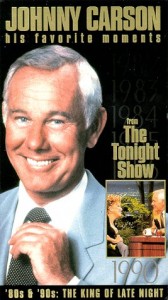 The year was 1986. I was toiling in Hill and Knowlton’s Broadcast Media department under the tutelage of George Glazer. Our focus was almost exclusively on media training and broadcast media placement. For the latter, the program pickings were rather slim by today’s standards: the network morning talk and evening news shows, a couple of late night celebrity talk shows (Carson and Snyder) and Phil Donahue during the day.

No Oprah. No Regis. No Letterman. No cable, for that matter. Fox5 Morning News host Rosanna Scotto was a booker for WABC-TV’s “The Morning Show.”

Since George came out of CBS and knew his way around many an RTNDA annual meeting, he figured we could crack the local TV market without the logistics and expense of sending the client spokesperson from city-to-city on a media tour. We’d simply buy some C-band satellite time, alert the stations to the time, transponder and audio frequency, then feed our client-produced footage and sound bites to local TV news departments who would in turn downlink (versus download), edit and air it, often as a VOT, on their 5, 6 or 11pm newscasts.

We got pretty adept at this. I even remember re-purposing the out-of-work actors and actresses from H&K’s “proxy solicitation department” who were being used to get out the vote during a shareholder proxy fight. We tapped and trained them to call TV news desks and sell-in the story idea and provide the satellite coordinates for the impending feed. Cheap and most effective.

I’m reminiscing here because it was during this time when I had my very first exposure to Apple Computer as a client. We were retained to conduct a satellite TV news feed (i.e., a VNR) for the new Apple II GS desktop computer. It was being positioned as the perfect computer for schools and the feed was timed to the beginning of the school year. I kind of remember a bunch of stations pulling in and airing that footage. (I’m not sure if any other agencies were doing sat feeds at the time.) 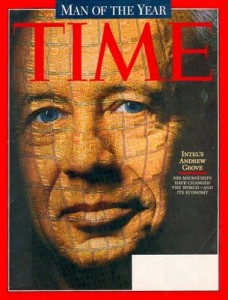 On one occasion, the company brought its (pre-legendary) CEO Andy Grove to the Big Apple to meet some top tier magazine editors. I set up a roundtable with the top editors from a number of Hearst Magazine titles and the same with Conde Nast. I especially remember the Hearst meeting. It took place in the Good Housekeeping test kitchen. Hearst CEO Frank Bennack was there along with a handful of his editors. (EVP Jack Kliger presided over the meeting at Conde Nast, alongside a full table of his top editors.)

Much of what Andy and the tech consigliere who joined him had to say flew well over the heads of our hosts. But maybe not. As we were leaving, Mr. Bennack noticed the Pentium chip cufflinks I was wearing for this special occasion. He asked how he could get a pair. I obliged and messengered one over later that week. Ah ha! We did make an impression (or rather a fashion statement)!

So what does this have to do with Apple? My day-to-day Intel client was Carleen LeVasseur whom I adored. (Pam Pollace, who hired us, was her boss.) Carleen soon left Intel for the greener pastures of Cupertino. She joined Apple. A few months into it, she gave me a ring. Would I consider pitching for the Apple business. Would I? You bet!

It was around 1994 and I had jumped across the street to the mothership – Burson-Marsteller — bringing Intel along with me. But the Intel client was on the wane (following the Pentium crisis, and the conflict B-M had with its Motorola business.) She asked for a proposal.  I had an epiphany. 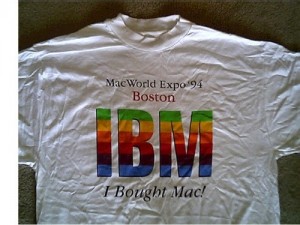 We were representing the magazines of IDG Publishing, one of which was MacWorld. For the annual Macworld Expo in Boston, we would take the MacWorld magazine editor over to a local computer super store and invite TV news crews and other reporters for a head-to-head test drive between the Mac and any WinTel PC. The reporters ate it up.

I sent in a full-fledged proposal based around Apple taking it directly to the PC. It didn’t capture imaginations and we weren’t hired. So much for John Hodgman and Justin Long.

It was also around this time when Apple did retain Burson for some CEO positioning work. I was invited to the meeting with Apple CEO Gil Amelio who outlined his plan for a company turnaround. Wintel was eating Apple’s lunch. I think he said “we’re now entering the 3rd stage of our four-stage plan.” A few months later he was canned.

But perhaps most significantly, it was in 1991 when I purchased my very first Mac – an LC with a Motorola 68020 processor and a 40 mb hard drive. It cost me over $2000. I’ll never forget my amazement at the vivid colors of the monitor (and that smiley face) when first booting up.

If I tell you that my boys, the oldest of whom was 5 at the time, took to that machine like nothing else. They ate up KidPix, MathBlaster, Oregon Trail, Where in Time is Carmen San Diego, Math Rabbit, English Rabbit, and too many others to remember. My wife and I used it to keep tabs on the construction materials and costs for our new home, and I think I even used KidPix to render a drawing of the exterior design elements.  A few years later, this Mac did its duty for dial-up AOL.

I realize that Steve Jobs didn’t return to Apple until after the Next acquisition in 1996, but I cannot thank him enough for the positive influence his company has had on my personal and professional lives.

The boys went on to attend Amherst, Harvard and Princeton, and just last week, my wife and I visited the Apple Store in the Meatpacking District where we sat in on a free iPad 2 class. How awesome!

Thank you, Mr. Jobs, for enriching the lives of my family and those of so many others.