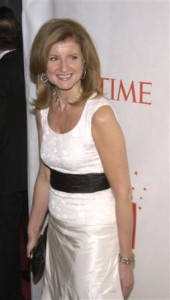 No stranger to the machinations of PR’dom — given all the time she spent in the Beltway — Arianna Huffington, the grand dame of populist blog aggregation and a prolific pontificator in her own right — weighed in last night on Mel’s second meticulously crafted words of apology in as many days:

“If they are the work of a publicist, I want his name and number. He’s the Shakespeare of spin, the Picasso of PR, the Camus of Contrition.”

There’s no doubt that Mr. Gibson had a PR assist here (probably Sitrick or someone of that ilk from the left coast), but a publicist? Now if Mel’s public relations consigliere was merely a “publicist,” his or her job would be a piece of ruggola. After all, how hard would it be to generate publicity for the newly notorious Mr. Gibson?

I guess in the minds of many, all PR people are publicists — from $400/hour crisis counselors to marketing communications specialists to media strategists. It’s part of the Hollywoodification of the profession. I wonder if Harold Burson or Richard Edelman would consider themselves publicists? Unlikely.

I’m headed out to L.A. next week to catch up with some old friends in the biz including Howard Bragman whose new firm Fifteen Minutes is gaining traction. I’ll be curious to hear his take on Mr. Gibson prospects for survival, and wearing the publicist badge of honor.