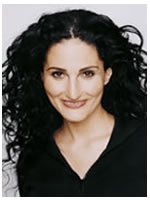 Lest you think that social media and Web 2.0 PR will supplant traditional modes of media/public engagement anytime soon, look no further than Rubenstein’s highly touted new clients: Kramer and Toosa.

Don’t expect to see the creation of personal weblogs, Technorati-tagged news releases, Digg or del.icio.us posts, or even blogseeding here. The tried-and-true method of leveraging mainstream journalists to garner sympatico coverage remains very much in vogue.

In fact, that viral video rant that rose to the top of the YouTube charts had no socially driven counter-programming to speak of. The Letterman bit, tactfully orchestrated by our industry’s newest PR consigliere, likely popped for its news value (and the content-sharing deal with CBS).

One has to wonder what career benefits accrue to Michael Richards and Atoosa Rubenstein (no relation) by appearing in news stories about the hiring of their PR firm. Is this even news?

Finally, some no doubt are questioning the PR tactic of giving added media legs to Mr. Richards’ Mel Gibson imitation. Sure, his appearance with the Rev. Jackson seemed to make sense, but apparently it did not produce the desired result. Yesterday, Rev. Jackson called for a boycott of the heavily-advertised soon-to-be-released DVD of Seinfeld’s seventh season. Ouch.