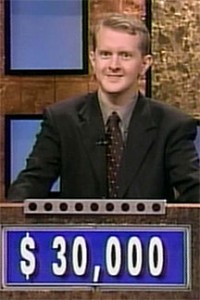 Even H&R Block star employee Ken Jennings can’t fix this. In possibly the worst-case scenario for the tax preparation company, the New York attorney general and gubernatorial candidate Eliot Spitzer today filed a lawsuit against H&R Block accusing it of fraud…in its busiest season, one month before tax day. Apparently, the company steered its customers to an IRA account wherein 85% of them lost money.

“Make no mistake — we believe in the Express IRA product and are proud of the opportunities it presents for our client,” H&R Block Chairman and CEO Mark A. Ernst said in a prepared statement.

Now while I’m not privy to the behind-the-scenes negotiations between Mr. Spitzer’s office and the lawyers for H&R Block, it’s clear that the tax preparer refused to admit guilt and pay a hefty fine. This gave the attorney general no other option than to file his high profile, publicity generating lawsuit. (A news conference is happening as I write this.) From Mr. Spitzer’s perspective, this is a win-win in light of the political inroads fellow Dem and Gubernatorial candidate Tom Suozzi has made of late.

H&R Block, on the other hand, might have done better to simply pay the fine — assuming Mr. Spitzer was true to form in offering such a deal — and avoid the extended negative media coverage a lawsuit will produce. Tough decision, no doubt, but a shorter-lived story would likely yield a greater return than taking on the AG in the court of public opinion.