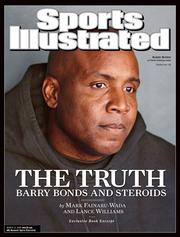 “We at Gotham Books are shocked that Barry Bonds would take such a foolish step. Any respected First Amendment lawyer in America knows that his claim is nonsense.”

This was the response from a spokesperson for the publisher of the new Barry Bonds literary indictment after hearing that the home run king filed a lawsuit against it, as well as against Sports Illustrated and the SF Chronicle for excerpting the steroidal tale.

Normally I would say that a lawsuit will only extend the media shelf life of a negative story and bring the issue to the attention of those who might otherwise be oblivious. Preferably, one should take the quick media hit, then try to deal with the issues out of the public eye.

In this case, however, I think a lawsuit may not be such an unreasonable tactic. Granted, he has no chance of prevailing legally in court, and the lawyers know it. But an appeal to the court of public opinion through the filing of a publicity-producing lawsuit, may provide some juice to help preserve the player’s legacy.

The legal action would not have been necessary had Mr. Bonds taken a page from Lance Armstrong’s playbook and immediately and unequivocally confronted the allegations. But, the national media had its way with Mr. Bonds these last few weeks with little or no meaningful resistance. Something significant (if not symbolic) had to be done. The lawsuit shows him fighting back, which may sew some seeds of doubt, leading a few fans back into his dugout. Update here.