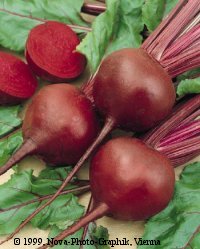 On the plane back from Texas last night (no I wasn’t at the ranch), I finally finished reading Scoble and Israel’s Naked Conversations, which is a must-read for those grappling with how to (and how not to) apply digital media tools to an enterprise’s public relations, marketing, community relations, CRM, crisis communications, and other constituency and brand-building endeavors.

The book is filled with many good examples that advocate for the two-way exchange of information for building trust and esteem…versus the command-and-control ways of the past(and present). In reading the book, I couldn’t help but sense some of the idealism that permeated the counterculture movement of the sixties. I guess John Markoff’s book is my next stop on the summer reading list.

Anyway, no sooner had the plane landed, I received a voice-message from my friend, neighbor and sometimes collaborator Andy Plesser whose beet.tv video weblog is gaining all kinds of attention these days. Andy was over the moon. It was Beet.tv that broke the news of Scoble’s imminent departure from Microsoft. The fledgling vlog not only broke the story, but it got credit for it in established outlets like the Journal, ZD-Net and Reuters.

Way to go, Andy! Now let’s hope Mr. Scoble’s new venture, PodTech, for which Microsoft’s soon-to-be former Geek Blogger will serve as “vice president of content in charge of creating shows for the new medium in which computer users watch television-like interviews over the Web,” doesn’t muscle-in on your territory.