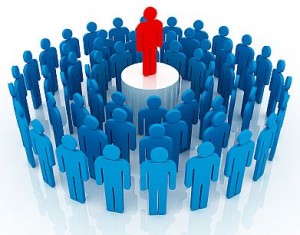 TechCrunch’s Michael Arrington’s observations of how his uber-socially networked friend Robert Scoble parses his time nowadays raises some valid questions about achieving the right the balance of ingredients for growing and monetizing one’s personal brand.

Is it through more thoughtful editorial output, a wider (but admittedly thinner) digital footprint, or the attraction of legions of devoted followers?

Arrington asked Scoble to quantify his time tethered to Twitter and FriendFeed, and concluded that Scoble’s due for “an intervention.” Here’s what he learned:

In addition to watching all day, he says he spends at least seven hours a day, seven days a week, actually reading and responding directly on those services. Thatâ€™s 2,555 hours over the last year. Which is more than a full time job (2,000 hours/year). It is more than 106 full 24 hour days interacting with those services in aggregate. It is an addiction.

And admittedly, these ephemeral channels have taken their toll on the longer-form platform on which Scoble initially built his brand — his Scobleizer blog:

What is the cost of this addiction? Well, Iâ€™ll put his family life aside, thatâ€™s his business. But his blog has clearly suffered. He now posts only a few times a week, sometimes sporadically writing multiple posts in a day but often skipping 3-4 days in between. A year ago, Robert wrote multiple posts, every day. I used to read his blog daily, now I visit once a week.

Michael’s personal plea to Robert is clearly not intended to disrespect his friend’s time management skills. Rather, it forces us to think about how best to go about engaging all that the social graph has to offer. Even Robert admits:

â€œSome people tell me my thought leadership has declined as Iâ€™ve blogged less.â€

Personally, I wonder how certain people on Twitter could be so prolific, yet still have time to eek out a living. Is the competition to attract followers driven more by ego than anything else? Can one roll-up and monetize a disparate digital presence for personal profit or the greater good? Arrington notes:

Meanwhile, all this attention from Robert has certainly helped the valuations of Friendfeed and Twitter. How much of that value does Robert receive? Zilch.

Of course, Arrington’s influence prompted this post from Scoble in which he rationalizes his online activities, and concludes:

“Why does this all matter? Well, if you are going to do this as a business youâ€™ve got to prove how many readers you have and demonstrate both audience size as well as influence. The other thing that advertisers are asking me for is quantitative data about who is reading me. Some companies now donâ€™t want to reach geeks, for instance. So, they are looking at your social networks to see what kind of audience youâ€™ve attracted. So, what do you think? Do I need a friendfeed intervention? Looking forward to having a good conversation.”