This week, we watched as the White House press corps angrily revolted against the office of the President of the United States, accusing Mr. Obama and his PR consiglieres of media manipulation and propaganda. Apparently, pre-selected handout press photos no longer pass editorial muster. From Mediaite:

“The members of the White House press corps exploded at White House Press Secretary Jay Carney on Thursday over the charge that President Barack Obamaâ€™s administration is too restrictive in the access it gives photographers, and replaces that access with official White House photographers.”

Separately, another world famous celebrity whose first (and only) name also begins with the letter B manipulated the media by releasing a new studio album with absolutely no, I mean zero advance PR or promotion. From The New York Times chief music critic’s Jon Pareles review “A December Surprise, Without Whispers (or Leaks):’

“BeyoncÃ© is flawless so no one else has to be. Thatâ€™s the theme of her superb fifth studio album, â€œBeyoncÃ©â€ (Parkwood Entertainment/Columbia), which arrives as a feat of both music and promotion…’BeyoncÃ©’ suddenly appeared in the iTunes music store with no prior hype â€” though plenty thereafter â€” at midnight Eastern time on Thursday.”

The arbiter of cool PSFK also weighed in with a piece titled: “BeyoncÃ© Launches Surprise Album With No PR Hype” in which the lede read:

“BeyoncÃ© has managed to achieve something that few artists can pull off in this day and age: she released a surprise album. BEYONCÃ‰, which can be yours for just $15.99, is a sprawling collection of 14 new songs and 17 music videos, some of which were directed by BeyoncÃ© herself. The reaction was huge on social media, and many people paid the full price right off the bat.”

There’s much to be learned in contrasting the PR tactics of the two B’s. Make no mistake. Both were consciously contrived to garner a positive outcome in the court of public opinion. One backfired big time. The other succeeded beyond anyone’s expectations. From the Daily News: 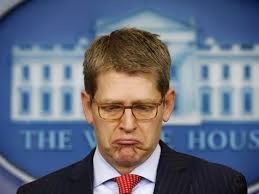 If I’ve learned one thing in my long PR career, it’s this: nearly every self-respecting journalist I know bristles if they believe they’re being spun or PR-managed. Sure, good PR pros can make story suggestions and orchestrate access to their newsmaking or expert clients to advance the story’s premise. But invariably, it’s in everyone’s interest to take a back seat to allow the journalist to his or her job. Overstepping these bounds by, let’s say, curtailing news photo access, or treating photographers as cogs

By posting her latest album to iTunes, and perhaps selectively whispering its public availability to a few influential media types, the groundwork was laid for the media to jump on the story seemingly on their terms, when in fact they were unwitting cogs in the album’s surprise marketing/PR strategy.

And one last “B” word: Brilliant!

Beyonce coasting toward No. 1 on the Billboard charts http://t.co/uOkcrcEGiv