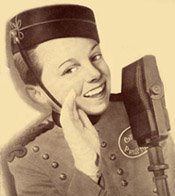 Very few advertising campaigns make news (other than a presence in Ad Age, Ad Week or the ad-oriented blogs). Provocative creative certainly can generate media interest beyond the trades. Take the Super Bowl spots. Virtually all attract some level of media scrutiny…for better or worse.

Some ad agency creative types even weigh a campaign’s potential “mediability,” e.g., its ability to spill onto the news pages, when conceiving or deciding on which creative approaches to deploy. My advice to them: look to a PR pro when assessing possible news value.

It is my fondest hope to one day convince a beauty products marketing chief to pre-produce a TV commercial featuring all of the Oscar nominees in the Best Supporting Actress category. After the winner delivers her acceptance speech, the network cuts to the commercial starring the lucky actress (with product or product spiel in hand)!

That certainly would make news, though not nearly as irreverent as those goofy Burger King spots and their goofier online executions. The creators were so successful at crossing over onto the pages of the mainstream media that they landed on the cover of Business Week.

Advertising ubiquity is a given in every media consumer’s life. View the ads on Slate…in order to freely read the stories. Click on the video stream of a news segment on MSNBC.com, but first endure the 30-second commercial. Download a movie to your video iPod, but take the commercials with it. X-out on the ads before jumping to Forbes.com’s home page. Spend 20 minutes watching commercials at the time the movie was supposedly scheduled to start.

Usually the creative content will drive editorial interest in an ad campaign. Today, however, the advertisement’s context can also make news. This week, the first live commercial debuted on the New York City stage. Here’s a case where the context, not the content, sparked media interest. As the communications director for the advertiser Visit London explained: “They’re a captive audience. They can’t switch channels or change over or walk out once the thing is started.” (BTW — no money changed hands since the production has a sister show in London.)

I’m not sure whether this is the kind of publicity the advertiser envisioned when he or she decided to take center stage. My guess is that theatre audiences too will eventually learn to accept the birth of the live sales pitch as it unfolds before them.