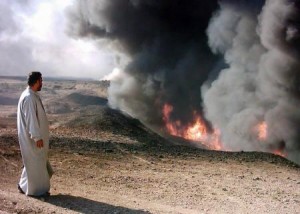 Today’s news arrives in a steady, 24/7 stream of words and images. The term “news cycle“ no longer aptly describes how information flows into our lives. Still, PR pros know all too well how the first wave of a news story can establish a public mindset that’s hard to shake.

Eventually, clarifying, if not contradictory details emerge — days, weeks or months later — but often they are buried under new headlines or not reported at all. What’s more, that first incomplete or malformed write of history has a digital shelf life that perpetuates the myth.

The ethical practice of PR demands that communications professionals impart timely and accurate information to key constituencies once that information is reasonably assured. Communications pros get into trouble, i.e., compromise their integrity, when they attempt to manipulate words to mask unpleasant news or advance public relations objectives.

In the last week, two U.S. helicopters went down in Iraq killing two and 12 Americans, respectively. The first wave of news reports, based on official information, used the verb “crash” to describe both incidents. In each case, officials refused to acknowledge or even speculate about the most plausible reason for the crashes: they were blown out of the sky by insurgents.

“Officials said it was too early to determine the cause of the crash, and the names of the two dead soldiers were not released.” (Jan 16)

“The military said it wasn’t yet known what caused the crash and that the investigation would take some time.” (Jan. 9)

The truth will emerge, but the circumstances remain shrouded in a haze of public uncertainty — except perhaps for the families of those killed who have more than a passing interest in learning the real cause of their loss.