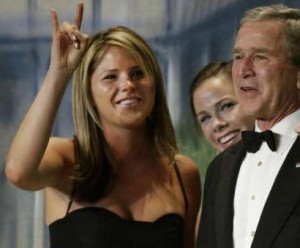 From its outset, this blog attempted to ferret out the often obscured role public relations plays in business, politics, culture, sports, technology, media, entertainment and style. Some days, the headline makes that role quite clear; Others times it’s more subliminal.

Two stories that fall squarely in the former category popped on the front page of yesterday’s New York Times. The first piece, titled, “Debaters Plan Carefully to Keep Foot Out of Mouth,” addressed the conundrum the candidates face when venturing off-script in a debate scenario:

“Each candidate has a personal way of preparing, with an eye toward gaining an edge in the debates and, by extension, with the voters. Sometimes, the deliberations are over when to improvise, so their answers do not seem too canned, and they do that with varying amounts of success.”

Adjacent to that piece on page A-1 (below the fold) sat a second PR-centric story that exposed the quandry Wikipedia faces in deciding whether institutions and enterprises have the right to edit entries, now that some enterprising software developer opened the curtain to reveal the IP addresses of the less-than-objective (revisionist?) editors. From Wikipedia founder Jimmy Wales:

“‘If someone sees a simple factual error about their company, we really donâ€™t mind if they go in and edit,’ he said. But if a revision is likely to be controversial, he added, ‘the best thing to do is log in, go to the ‘talk’ page, identify yourself openly, and say, ‘Iâ€™m the communications person from such and such company.’ The community responds very well, especially if the person isnâ€™t combative.'”

Those two stories alone merit more considered analysis and debate, but it was a piece buried in the “Week in Review” section that really raised my PR antennae. It concerned the deliberations, or rather the PR implications surrounding the upcoming nuptials of the first daughter to a former Karl Rove aide. Times reporter Kit Seelye astutely posed the dilemma:

“The country is at war, of course, and Mr. Bushâ€™s popularity is low. So surely the White House itself is asking the logical question: How would a White House wedding go over?”

And the ususal suspects weighed in:

“‘If weddings ceased when we had difficult foreign relations or outright war,’ said Judith Martin, also known as Miss Manners, ‘very few people would be married. It is not considered frivolous to get married.'”

And of course, we heard from Kennedy social secretary Letitia Baldridge:

“‘Sheâ€™s a feisty young lady, but the whole tradition of the White House will fall down on her,’ Ms. Baldridge said. ‘Iâ€™m sure sheâ€™ll conform.'”

Frankly, I think the deliberations extended well past what to wear and who to invite. I’m sure this administration is presently mired in how to time this affair to boost the President’s record-low polling numbers, if not the 2008 election itself. Ms. Seelye notes:

“Miss Nixon and Luci Baines Johnson (who actually got married in a church but held her reception at the White House) were married during wartime, and were boons to their fatherâ€™s political fortunes, at least temporarily. It always helps a president â€” especially beleaguered presidents â€” to be seen as a family man, and few moments are as poignant as when a father is giving his daughter away.”

Keep an eye on this…