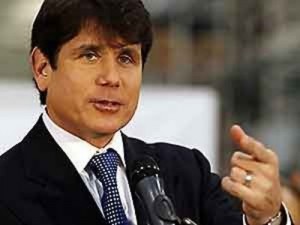 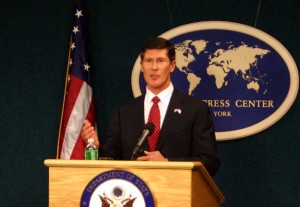 If the PR handlers for Rod Blagojevich and John Thain had some social media mojo, what could/should they be doing to resuscitate their bosses’ tarnished reputations?

As it presently stands, TV is serving as the primary vehicle for correcting what these beleaguered bosses believe – rightly or wrongly – has led to their demise in the court of pubic opinion.

Over the weekend, Blago did a turn on NBC-TV’s “Weekend Today,” (Is this the only morning show his PR consiglieres could muster?), while this afternoon, John Thain will tap CNBC’s Maria Bartiromo to clear the air on “Closing Bell.”

Contrary to another era in which print almost always begat broadcast, excerpts from Blago’s TV spot traveled far and wide through the media sphere timed to the start of today’s impeachment proceedings. Maybe Blago’s blather in which he compared himself to Nelson Mandela, Gandhi, and Martin Luther King Jr. made good viral. Even The AP fed some video on Facebook under the header “Blagojevich Prepares for PR Blitz.”

As for Mr. Thain’s PR defense, the ousted head of Merrill will say he intends to pay back the $1.2 million spent to renovate his office (think $1400 trash can), put in perspective the size of the bonuses paid to M-L employees just prior to the firm’s sale, and defend the strategy behind BofA’s acquisition.

CNBC posted this news on its website from an internal memo (for external consumption?) that Mr. Thain issued following his ouster last week. Again, a TV network broke the news, which Reuters also is now reporting.

But back to the question about how social media can weigh in here. Here’s the tale of the tape:

I suppose we can conclude that Gov. (for now) Blagojevich and Mr. Thain will not diverge from the traditional top-down, command-and-control approach to reputation management. Perhaps they should conduct a Google blog or Twitter search to ascertain the true picture of their PR predicament?

Separately, the bookers at NBC “Weekend Today” should see if Madoff will agree to an interview from his Park Ave. apartment. They can promote is as “Weekend at Bernie’s.”