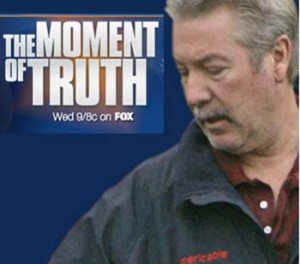 How lame is Blago’s PR agency? What PR person isn’t asking today whether the soon-to-be-former Governor of Illinois’s whorish visit to the Big Apple this week, during his impeachment no less, will actually have the opposite effect for which it was intended?

His Tampa-based PR firm, which touts Drew Peterson (pictured at left) as its other pre-eminent client, has a Twitter feed that reads as follows:

“Join for news updates on Gov. Blagojevich, Drew Peterson and other clients. The Publicity Agency is the only PR firm created and staffed by former journalists.”

Its Twitter feed has 156 followers, and is following no one. Great way to listen to the conversation…not. As far as its boast that the agency was created and is staffed by former journalists — tell it to Dan Abrams. I for one am not convinced that this is a major selling point, especially when one considers the thinking behind Blago’s recent over-the-top NYC media tour.

What happened to strategic PR? The jury is literally out on that one. But maybe these former journos will prove everyone wrong, and Blago’s tete-a-tete with Barbara Walters, Larry King and too many others to remember, will sew enough doubt in potential jurors’ minds to let the slimebag avert jail time? I hope not…especially after catching him on TV this week.

Update (1/28) – Newly minted PR man Dan Abrams weighs in and concurs in a post today on The Daily Beast.