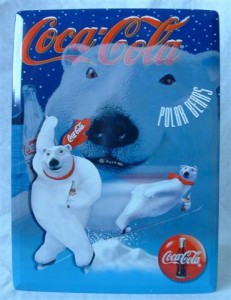 I really liked the fizz in Coke’s PR strategy to enlist college students to blog about the Winter Olympics. That was, of course, until I read company spokesperson Philipp Bodzenta’s de-carbonating quote:

“They understand they we’re looking for the positive side of the Olympics. They are part of the PR team, but they are not Coke employees.”

Go forth and blog…but blog happy is the order here.

I still think it’s a good idea for Coke to have reached in to its core constituency to get the word out on its seven (if not eight) figure marketing investment. But did the company really have to add Splenda to the mix to keep its image in good taste? This kind of controlling directive not only flies in the face of blog-essence, but it probably wasn’t even necessary.

Embedding a reporter in the front row of a major news event typically provides sufficient incentive to temper the negative. The military shock and awed the media so much in Iraq that those early first-person accounts bare little resemblance to what we now is the nasty reality of this war. What about the scores of back-of-the-book reporters who accept the wine and dine junkets to hear Tom or Jennifer’s precious words of wisdom before filing their fawning reports? It’s not exactly a quid pro quo, or is it?

The point of course is that these college-aged bloggers would have likely stayed on script without Coke’s directive to “look for the positive side.” It’s most unlikely they would have tattled on Bode downing beers at midnight before his (real and figurative) downhill. But what if they had????