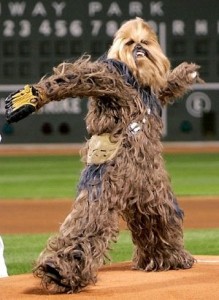 I sat down three times today to post an item, and all three times I was sidetracked by client work. Well, at least I’ve been able to monetize my clients (which is more than I can say for this blog).

Who in our biz didn’t catch The Times prominent “Business” section piece with the words “P.R. Campaign” in the headline? The inimitable Paul Holmes was quick to pick up on it (but of course he’s got a five-hour time zone advantage), as did just about every other PR blogger. The piece looked at Edelman’s blog relations campaign on behalf of Wal-Mart.

Before delving into it, I segued over to PR Week’s Julia Hood and her editorial chastising many PR bloggers for their habit of simply weighing in on MSM headlines and failing to scratch below the surface on many industry issues. She had a point: how much second-guessing of Scott McClellan or James Frey (two peas in a pod) can the blogosphere take anyway?

Oops. On second thought, maybe I shouldn’t add my voice to The Times piece…though, who knew that PR Week’s “Large PR Agency of the Year” had on staff some serious neo-con types to advocate for Wal-Mart? I also wondered whether this piece was a net positive for the agency, its client or neither? The reporter clearly tried to take a swipe at the campaign. To me, however, it seemed that the Edelman folks were upfront and honest about their client. No Karen Ryan here! This is good. In fact, it was those citizen journalists who erred by not divulging their sources. Amateurs!

Of course, nearly everyone in our field has an opinion on how best to engage the blogging community. After Josh Hallett laid out his rules, he went a clever step further to create a special button for PR story idea submissions. He posted it on his blog, but probably didn’t realize what he’s in for. At least he’ll build a good collection of queries to offer to the Bad Pitch Blog. Where’s the Good Pitch Blog, anyway, Richard/Kevin? With Wal-Mart?