It was ten years ago this week that Google acquired Pyra Labs as a means to bolster the company’s Blogger software platform (aka Blogspot). By so doing, the search/ad juggernaut helped hasten in the age of consumer-generated media and with it, a seismic shift in how, when and where people acquire and share news and information. The Merc-News‘ Dan Gillmor wrote at the time:

“The buyout is a huge boost to an enormously diverse genre of online publishing that has begun to change the equations of online news and information.”

Pyra Labs’ founder Evan Williams, yes that @ev, commented that the acquisition offered “the resources to build on the vision I’ve been working on for years.”

“Part of that vision, shared by other blogging pioneers, has been to help democratize the creation and flow of news in a world where giant companies control so much of what most people see, hear and read. Weblogs are also becoming a valuable communication tool for groups of people, and have begun to infiltrate the corporate, university and government spheres.”

Mr. Gillmor, I should add, penned one of the three books that cemented my obsession with informational technology and its transformative affect on communications. That book was We the Media. (The other two were Nick Negroponte’s Being Digital and George Gilder’s Telecosm.)

The rise of today’s dominant social media platforms – Facebook, Twitter and their offshoots — have only enhanced blogging’s promise to democratize the sharing of news and information.  The latest venture from Mr. Williams and his Twitter co-founder Biz Stone, however, is less about democracy, and more about simplifying the process of creating quality content. The only democracy currently baked into Medium is the way the site’s content rises on its home page — by reader voting.

Mr. Williams’ Twitter profile aptly reads: “Making systems for typing and thinking.” Medium definitely makes the art of expressing oneself painstakingly simple. As a contributor, I have found its palette to be exceptionally easy to transpose my thoughts, especially in comparison to Blogger and WordPress, the two other blogging platforms on which I write.

This is exactly the point. The site aspires to be more like HBO with its singular focus on quality content, though the platform is not without its detractors. One recently bemoaned the fact that Medium does not offer buttons for sharing posts via today’s popular social networks, or email for that matter, i.e., driving eyeballs.

Medium is perhaps the social antithesis Twitter, let alone Ev and Biz’s other new content-driven startup, Branch, which uses social media as a means to capture opinions (and quality content) around a single topic or meme.  Branch and Medium are housed within The Obvious Corporation, which just opened fancy new digs in San Francisco. Biz described the company’s philosophy:

“Great ideas are Obvious in retrospect. The Obvious Corporation is more of a philosophy than a company or product. We focus our long term view on ideas and technology that can be generally described as â€œworld positive.â€ When opportunities resonate with our worldview, we do what makes sense to help them succeed. So far, a small portfolio of companies across a variety of disciplines and a vision for how publishing could be improved have grabbed our attention.”

Separate, but hardly unrelated, is Vine, a new content-sharing app from the social-media minded minds at Twitter (where co-founders Ev and Biz still serve as directors). Like Twitter, its DNA resides in short-form, user-generated, real-time and socially shared messaging, but in the video medium – six seconds at a clip.

Unlike the quality content morphing on Medium, the vast majority of Vine videos leave much to be desired, i.e., they suck. Think short form submissions to America’s Favorite Videos, but not nearly as entertaining – unless cats and office cubicles give you a charge.

I already saw one pundit tweet that Vine is passÃ©. I don’t buy it. Mashable’s Lauren Indvik reported on the use of Vine by fashion scribes at this year’s New York Fashion Week shows:

“Vine has proved uniquely suited to NYFW coverage so far. Elizabeth Holmes, style reporter for The Wall Street Journal, and Stella Bugbee, editorial director of The Cut, are using the app to capture multiple looks â€” sometimes as many as six â€” in looping rotation. It’s both more efficient and gives viewers a better sense of the clothes than Instagram, which, as a photo app, doesn’t capture movement, and would take more time to edit and share as many looks.” 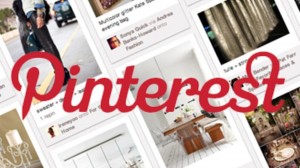 And at the Grammys, some Vine video clips surfaced from backstage shortly after the telecast began. Mashable’s Seth Feigerman reported that some 113K Vine clips were posted on Twitter over the weekend, or 2,300 an hour. Vine clearly will flourish, once its users’ ability to creatively capture and filter content evolves.

We’ve come a long way since Blogger, the mostly text and still image content syndication platform. (Or have we? Isn’t Medium mainly text and stills?) Instagram, SnapChat and Pinterest are paving the way for social sharing of user-generated and user-discovered image-based content, i.e., “the visual web,” while Vine, Viddy, and even Now This News are taking video to the social spheres.  All fulfill the vision Google saw and Gillmor articulated in his reporting of that acquisition a decade ago:

“More than most Web companies, Google has grasped the distributed nature of the online world, and has seen that the real power of cyberspace is in what we create collectively. We are beginning to see that power brought to bear.”