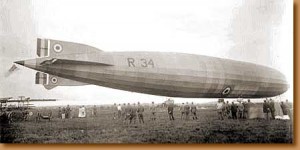 Trevor Butterworth, a regular contributor to the FT Magazine, has worked in the virtual trenches of online media and currently edits http://www.stats.org – a site devoted to analyzing how the media uses and abuses science and statistics. I came across his FT byline recently in The Week where he took a sobering, if not contrarian look at the blogosphere. On Wednesday (3/15), he will face off against Tom Glocer, CEO of Reuters, on some of these issues. Mr. Butterworth has agreed to answer a few questions for this PR Blog.

In your writings for the FT and elsewhere you have laid down the gauntlet by questioning the future vitality and influence of the blogosphere, especially as it relates to usurping the mainstream media. Where do you believe bloggers fit in the media mix?

“Tough question, Iâ€™ll give a concise rather than a comprehensive answer: Blogging, in and of itself, is of no special media or cultural significance. Most bloggers are, in effect, hobbyists â€“ and what they do is more akin to the hugely popular hobby of scrapbooking than it is to journalism or criticism. To give an analogy, the mere fact that a large number of people wargame, paintball or engage in military re-enactments is of no significance to the Pentagon or defense policy. I think the msm-execs who are rushing to embrace the blogosphere are blinded by technology into confusing what is culturally interesting with what is culturally significant. One of the culturally interesting things about many blogs is that people still care about the written word â€“ and about journalism. How do you best engage these people â€“ produce better journalism!

As for the idea that the blogosphere is an â€œarmy of Davidsâ€ poised to bring down the goliath of big media (to use Glenn Reynoldâ€™s phrase), I think this is delusional. A handful of Davids versus Godzilla is a more apt description. If Godzilla wasnâ€™t having a crisis of confidence (which is partly reflective of the mediaâ€™s creative and intellectual atrophy), the â€œDavesâ€ wouldnâ€™t be quite so cocky.

I think itâ€™s a profound mistake to think that because you have this group of people blogging, you should, as a news organization, somehow devote resources to blogging â€“ after all, the numbers of people visiting blogs on any given day is tiny (approx 3.4 percent of the total U.S. population) â€“ and Iâ€™d be willing to bet that a greater proportion of news consumers are turned off by the idea that bloviation was something the msm should embrace more of.

Readers would be more appreciative of, I think, greater accountability and transparency and feedback â€“ better customer service in other words. American journalism has done a lousy job of explaining itself. As someone inducted into the profession through Columbia Journalism School, I even find the level of sanctimony unbearable, and sometimes the level of error, unforgivable. In truth, what the media needs a lesson in PR â€“ not a dozen blogs.”

This week The New York Times reported on the efforts of Wal-Mart’s PR firm to influence many like-minded bloggers to trumpet Wal-Mart’s point-of-view on the issues facing the retailer. What do you think of the PR tactic to selectively communicate with sympathetic citizen journalists to build a groundswell of support?

“Having devoted a lot of time looking at the way the media have exposed or covered supposed â€œcontroversiesâ€ over OxyContin, Phthalates, Teflon, etc, Iâ€™m deeply sympathetic to the challenges businesses face in getting their story out. I never thought Iâ€™d get into journalism to spend so much time defending â€œthe big guysâ€ from â€œthe little guysâ€ – but the truth is that the little guys arenâ€™t so little. Their automated response that anything associated with the profit motive is suspect, that all companies are potential Enrons, that anyone speaking for industry canâ€™t be trusted, is deeply corrosive â€“ and probably the worst form of unacknowledged bias in news right now.

Reaching out to bloggers doesnâ€™t strike me as altering that dynamic â€“ but it would help kill off bloggingâ€™s credibility! The only kind of reactive PR that will work is to get a news organization to produce a balanced story in the first place- or kill a stupid one.
And the only way PR can do this is if industry and companies start understanding the value of engaging in crisis communications before a crisis starts. This is particularly acute if your product poses any kind of potential health hazard. Activist groups like PIRG and the Environmental Working Group are utterly shameless in manipulating scientific data to suit their agendas (and to ensure that they continue to thrive, economically, as watchdogs).

In the longer term, I think the only way the pervasive problem of bias in reporting on business is to engage in the kind of studies and surveys that will pro-actively tackle the mediaâ€™s distorted view of a particular issue. However, Iâ€™m coming at this entire issue from the perspective of negative publicity based on false premises, data etc.”

Many in the blogosphere like to cite this new medium’s role in toppling the powerful like Dan Rather, Trent Lott and others. Could the blogosphere have made the impact it did without the mainstream media picking up on these stories?

“Correlation does not imply causation! I think itâ€™s important to remember that the Rather, Lott et al, were toppling of their own accord -and that the bloggers who helped with the pushing were inside-the-media stalwarts or political apparatchiks. Rather and Lottâ€™s blunders were of a kind guaranteed to generate media attention at some point: A flawed story that could have undermined a presidential bid would have been picked apart by FOX News or The Washington Times, or the National Review eventually. The blogosphere just got lucky â€“ and then, in an all too typical fashion, the association between blogging and giant-felling became a â€œtrendâ€ story.”

You question the influence of the blogosphere, yet more and more mainstream journalists use it for story leads and source material — sometimes bypassing altogether the command and control efforts by corporate communications. Isn’t this sufficient reason for PR people to take the blogosphere seriously?

“Maybe â€“ depends on the story. But Iâ€™m not sure that the underlying premise is true, save for celebrity gossip.”

Who influences whom: bloggers–>mainstream media or vice-versa?

“Overwhelmingly, the influence is one way â€“ bloggers are media parasites. Very few bring something original to the fray, largely because the nature of the medium is about commenting on rather than creating something.”

What blogs, if any, do you follow on a regular basis?

“The single most important blogger â€“ or blog circle â€“ that I will read more of is scienceblogs.com â€“ especially â€œRespectful Insolence.â€ This surgeon-scientist has done more to combat the pernicious nonsense over vaccination and autism than any msm source I know of. Everyone should look at what happened when Salon and Rolling Stone published an â€˜investigationâ€ by Robert F. Kennedy into a supposed government cover-up of a link between thimerosol â€“ a mercury preservative once used in vaccines â€“ an autism. It was one of the most irresponsible pieces of journalism I can think of in recent memory. The Huffington Post uncritically promoted it, then castigated ABC when it dropped a segment about Kennedyâ€™s thesis â€“ and the only people doing anything to respond in real time with concrete evidence were these medical/science bloggers.

This points to something that the MSM need to get to grips with: the blogosphere has simply increased the volume of info-drivel in circulation â€“ and newspapers have a moral responsibility to tackle errant information as news â€“ even if that means going after another publication. Even though â€œRespectful Insolenceâ€ and co [sic] did a thorough job, they didnâ€™t have the reach of a newspaper.

Generally, I see the Internet is a powerful distraction, so I keep things to a minimum.

I drop in on Gawker, Defamer, Wonkette and gofugyourself a few times a week, just for fun (this is what newspapers have to inject into their publications â€“ some fun!)

I also read The Huffington Post â€“ mostly for Maia Szalavitzâ€™s posts. She is a colleague at STATS.org, and has engaged in some powerful investigative work on drugs, boot camps and so on.

The two sites I always look at on a daily basis are Romenesko and Arts and Letters Daily.”

Is the blogging bubble poised to burst?

“I see blogging as a somewhat flaccid dirigible. Itâ€™s not going away anytime soon, but I donâ€™t think its going to achieve much more altitude. I have no idea whether the hobbyist-bloggers will linger â€“ but again, I donâ€™t see what they are doing as culturally significant, so it doesnâ€™t matter if they do or they donâ€™t. I think blogging will be a way for a few people to break into the media, but I think these people will have a maximum blogging-span of two years. One cannot underestimate the burnout factor of posting five times a day. If they care about writing, theyâ€™ll want to do something more solid and serious and well-paid. I think the bloggers with the greatest reason to stick with the medium are academics who want to raise their public profile or engage in public debate.

But there are bigger issues facing the Internet that may derail everything.”