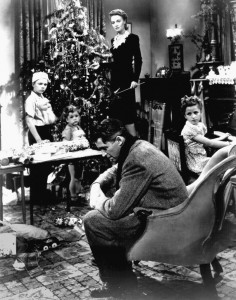 My friend and sometimes collaborator Kent Holland, the other half of Plesser Holland, sent me a link to PR Week’s list of top ten PR blunders for 2006. Fortunately (for me), eight of the ten have not gone unnoticed by this blogger. Here are all ten:

1 HP’s spying blind
The computer giant presented 2006’s best corporate soap opera when its chairman OK’d spying on its own board and journalists to root out leaks. New word “pretexting” was the method employed to access personal information on the targets. While many CEOs might have cheered at turning the tables on reporters, they did so secretly.

2 Dell’s exploding laptops
Video footage of an exploding laptop at a conference in Japan caught Dell flatfooted, as the clip spread far faster than the company’s subsequent response. When will computer companies finally figure out this Interweb thing?

3 Cheney got his gun
Yeah, it was an accident. But with the bungled communications response that followed the Veep shooting his friend while hunting, one could be forgiven for thinking conspiracy theories. Cheney’s people weren’t talking to the White House, McClellan joked while the guy suffered complications, and the media had a field day reporting on the scramble.

4 Oprah gets Freyed
Winfrey first downplayed the revelation that many of the claims made by James Frey in his once-acclaimed “memoir” A Million Little Pieces never happened. But when she knew the audience wouldn’t buy it, she used her bully pulpit to rip Frey to shreds and restore her own image.

5 Wal-Mart and Edelman’s blog blunder
The retail giant can ill afford bad press these days. Meanwhile, Edelman had made much of its rivals’ ethical slights and of its dominance in navigating the new-media market. One improperly disclosed blog later, funded by Wal-Mart’s own Astroturf organization, and both companies look bad.

7 Fox throws out the OJ
Fox has never been the highbrow choice. But its bad-taste barometer was way off here as one of its companies agreed to publish Simpson’s book, If I Did It (under ReganBooks) and air a TV interview about its content. But Rupert Murdoch’s rare public mea culpa made it all worthwhile.

8 Cristal thinks it’s too good for us
Jay-Z touted Cristal Champagne, but the MD of Champagne Louis Roederer told The Economist he’d prefer that rappers drink something else. A half-hearted boycott effort may not have taken flight, but the company displayed no class in judging the color of money coming its way.

9 Comcast sleeps on the job
Consumer empowerment was taken to a new level when a Comcast customer videotaped a repairman who fell asleep on his couch, while waiting for his own service support to call him. The video went round the world faster than you can say, “Please hold, someone will be with you shortly.”

10 Allen full of macaca
During midterm campaign season, (soon to be) former Sen. George Allen (R-VA) referred to a young man of Indian decent as “Macaca” during a rally, and welcomed him to America. Turns out the guy was born in Fairfax County, VA. Good thing it wasn’t an important election.