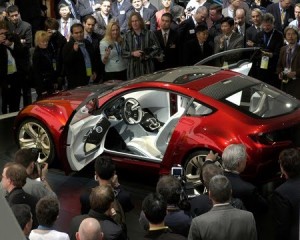 In all honesty, I was not surprised to read the news in Adweek, one of the main advertising trade outlets that prizes above all else breaking agency news of client wins and losses. What did surprise me was the reported name of the winner – a non-specific “team” of agencies from the “WPP Group” – the ad/marketing/PR holding company under whose aegis some of the most venerable ad agency brands reside, e.g, Ogilvy, Y&R, JWT, Grey…

This story brought back a couple of memories. The first involved our PR work to open Mazda’s Flat Rock plant, which, in 1987, was the first Japanese automotive manufacturing facility in the Detroit area. It was not unusual for our agency (H&K) to be tapped by our WPP sister ad agency (JWT) to handle PR chores for its clients, eg, Mazda, Kodak…

For Mazda, every milestone — from the initial announcement to the groundbreaking ceremony to the grand opening wherein the first cars rolled off the assembly line — were deemed “home runs” in PR parlance. This was based on the extraordinary local/national TV news pick-up of the footage we shot, edited, and fed same-day via satellite (at a time when privately-produced video wasn’t viewed — by local news directors — with such disdain). 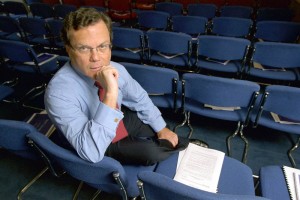 I remember him saying that as a brand, WPP had no intrinsic (monetizable?) value. Rather, the value lied in the myriad brand names that fall under the WPP umbrella — brands that represent every marketing, media and research discipline known to man.

Via a follow-up note, I had the chutzpah to question Sir Martin’s premise by saying that the WPP name does actually have intrinsic brand value — to the investment community. He wrote me back almost right away, as he’s known to do, and agreed, which brings me back to today’s Adweek story and these questions.