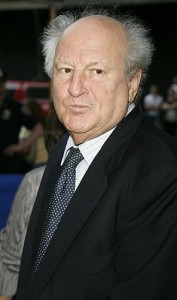 A few friends sent me Jim Barron’s New York Times “City Room” piece on PR man Bobby Zarem’s decision to leave his adopted city for his boyhood home of Savannah, Georgia. And why should I care? Well, other than Elaine’s losing its most famous patron (and promoter), and the city, its most original (and supportive) PR persona, Zarem Inc. is where I cut my teeth in this business.

The methods we used to build (MSM-only) buzz and awareness back then were starkly different than today. For starters, the office arrival of our first IBM Correcting Selectric typewriters (Zarem kept his manual) was a revelation, heralding in a whole new era of productivity, i.e., no more white-out, or powder-coated paper to mask typos.

Story pitches were made by phone and on paper, with fax, email, SMS and BBM light years away. Forget about Facebook and Twitter. These weren’t even glimmers in Mark or Evan‘s eyes, since both had yet to be born. More often than not, we dispatched Luther, our full-time messenger, to deliver Bobby’s hyperbolic pitch notes to the messenger centers of the major media of the day — almost all of which were located in a ten-block radius of midtown Manhattan.

My three-year term with Zarem included a total of five days of paid vacation and one gift from Bobby for the work I did on Alan Alda’s second movie “The Four Seasons.” It was a cable cashmere sweater from his brother Danny’s toney shop on East 57th Street, Andre Oliver.

Immediately after leaving Zarem’s employ, I jettisoned one of his peculiar PR pitch practices. We all know that “there are many windows and doors” into a particular media outlet (to quote my former colleague Pete Judice of Burson-Marsteller). If one reporter doesn’t bite, perhaps a different one will, usually with a modified pitch angle.

Zarem, however, insisted on opening all doors and windows at once. He would draft a single pitch letter addressed to multiple reporters, editors, and in one pitch to The Times, an Sulzberger-Ochs family member who, needless to say, was not very appreciative.

The opening salutation might read: Dear Bob, Ms. Jones, Mr. Smith, Susan, John and Rita — with first names reflecting those he knew personally. Check marks were applied atop the name to match the envelope. (Could this be transparency at its worst?) Today I shudder to think how those lucky recipients reacted, though few in the biz could argue with the end result.

In retrospect, I would have to say that my early years plying the PR trade with an uber-publicist like Zarem continues to help me to this day. But, boy do I have stories! Unfortunately for you (and fortunately for him), Bobby will have to depart more than New York City for these tales to see the light of day.