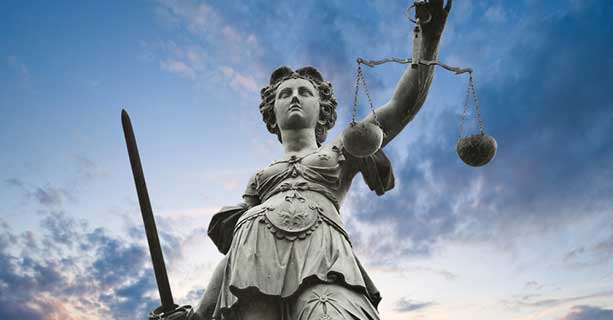 As our impossibly divided nation chooses sides in the battle over whether President Obama has the Constitutional right to nominate a replacement for Justice Scalia (hint: he does), more bad news keeps coming about the future sustainability of newspapers:

This follows on the heels of Michael Wolff’s depressing assessment of the news media in a piece titled “Print’s dead — but so is digital” (for USA Today!):

“In the past six years the print newspaper business in the U.S. has shrunk by more than half, in the U.K., according to the FT, by one-third, precipitating the announcement last week of the closing after 30 years of the print edition of Fleet Street upstart the Independent. But the effort to reinvent the business online — in the mantra of publishing, “digital is the future” — presents, if possible, an even bleaker picture.”

What’s most disconcerting about the growing travails of the newspaper industry, at least to me, is the subsequent dilution of its ability to hold politicians (and executives) accountable. This vital check and balance in our democracy is fast becoming a victim of media fragmentation and the changed newsonomics it has wrought.

During the Bush years when asked whether the framers of the Constitution viewed the press as “government watchdogs,” The New Yorker’s media pundit Ken Auletta answered:

Much has transpired since Auletta said that some eight years ago. 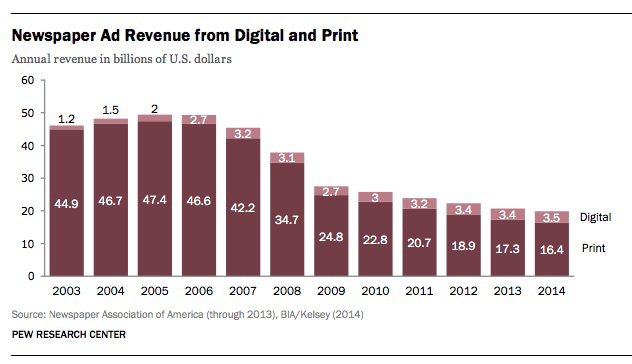 Today, few issues demand a “check to power” than the “epic” battle for the future of the nation’s highest court. This morning The New York Times reported on the chairman of the Senatorial Judicial Committee Sen. Chuck Grassley (R-IA):

“But Mr. Grassley, who has long prided himself on embodying the good governance ethos of Iowa, found himself the subject of criticism on Tuesday in an editorial in the state’s largest newspaper, The Des Moines Register.”

The title: “Grassley’s Supreme Court stance is all about politics.” Later The Times relayed how The Toledo Blade called out Sen. Rob Portman (R-OH), while also reporting that “some editorial boards of newspapers in purple or swing states around the country criticized Republican incumbents who had sided with Mr. McConnell:”

“Regrettably, Republican Senator Rob Portman of Ohio, who is seeking re-election this year in a state that Mr. Obama won twice, has adopted his party’s indefensible line,” read an editorial in The Toledo Blade. “On Monday, Senator Portman cited a nonbinding ‘rule’ that says the Senate should not confirm a justice during a presidential election year. But in 1988, the Democratic-controlled Senate confirmed Justice Anthony Kennedy during President Ronald Reagan’s final full year in office.”

While it’s encouraging that Sen. Grassley is wavering on lock-stepping with Sen. McConnell, these full-throated editorials and news articles may no longer have the influence over public opinion they once enjoyed. Sadly, they’re gasping for air amidst a vast sea of content at a time when our nation turns its lonely eyes elsewhere.