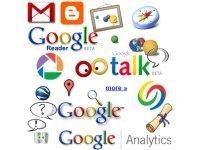 Here’s how last Thursday started for me (via Twitter):

PeterHimler I’m wondering today what’s worse: a cyber-terrorist attack or a Google tool fail?
11:26 AM May 14th from Power Twitter

This was the paralysis that I (and millions of others) felt when Google’s productivity tools and its news and video channels simply ceased to function. The company on which so many have grown helplessly dependent estimated that “14% of its global user base” were affected by #googlefail. (See the trough in the image here?)

One poster to PC World advised in hindsight: “Don’t get stuck in the cloud,” while another saw the fail’s silver lining: “Why Google’s Outage Wasn’t a Complete Failure.” It’s the latter post that this PR blogger found worth a look:

“Now, I don’t want to give the impression that I’m on a Google soapbox here,” wrote JR Raphael on PCWorld.com the following day, “typically, trying to get answers from that place is tougher than resisting regurgitation at the sight of Paris Hilton’s face. Google is not known for its transparency or accessibility to anyone (ever tried to get someone from the company on the phone?).”

“Google screwed up. No question about it. My morning was a mess because of its error, and countless other people were equally peeved. But the company actually communicated with us. Its people told us what was going on. They apologized and promised they were taking action.”

He compared it to Amazon’s recent #PRfail:

“Compare the whole thing to Gmail outages of the past, where often, no explanation has ever been given. Worse yet, compare it to Amazon’s now-infamous gay book glitch from last month. That little mishap directly affected far fewer people than the Google outage, yet the outrage was enormous and anything but fast-fading.”

Recognizing the degree to which customer service and PR have grown inextricably intertwined, JR parted with these thoughts:

“Customer service in the online tech world has a long way to go, and Google is far from a model of perfection. But its steps this week moved in the right direction, and for a company shrouded in mystery, that’s something I’m happy to see. I can only hope that Google, Amazon, and others notice what a difference it can make to treat their valued customers like valued customers — and, little by little, move toward becoming even more open and honest with us all in the future.”

Now I just have to figure out whether the email I received from Facebook last week was legitimate. It invited me to re-set my password after I fell victim to a malicious phishing scheme from which I flamed all my FB friends. I thoiught so at the time and gratefully tweeted the following:

Later that night, however, I was told that the FB email message may also have been fake — an extension of the phishing scheme. Groan. I definitely need to get my head out of the cloud.